[Updated+Corrected] The Spin, the Spin: LAUSD’s PUBLIC SCHOOL CHOICE CLOSES 2nd ROUND OF COMMUNITY VOTING – in which “Neon Tommy” reports half the story …and gets it all wrong!

by Phoebe Unterman - Staff Reporter for Neon Tommy – produced by the USC Annenberg School for Communication and Journalism through Annenberg Digital News | http://bit.ly/dWnR8k 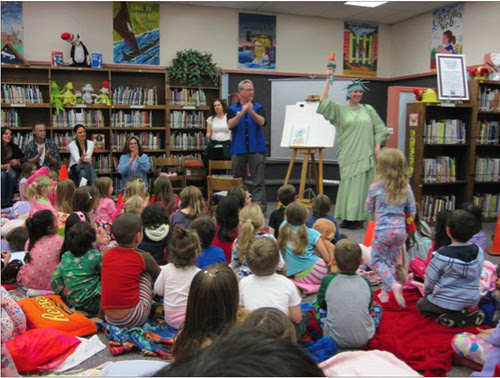 January 31, 2011 - Thirteen Los Angeles Unified School District (LAUSD) campuses—ten brand new and three existing schools—have recently closed a community vote on whether or not they will remain as they are or switch to a charter school format, as part of LAUSD’s “Public School Choice” (PSC) program.

Voting occurred at several South L.A. schools over the last two weeks to prepare for February’s PSC proceedings. Superintendent Ramon Cortines was to present his recommendations to the LAUSD board for a vote on Feb. 22, but announced Monday that he would delay his report until March 15.

LAUSD voted 6-1 in favor of the program as part of their effort to improve some of the district’s existing underperforming schools and better manage the 160 new schools they plan to open in an effort to relieve overcrowding.

The first program of its kind in the nation, PSC was passed in 2009 and has already completed one round of voting in which an overwhelming majority of proposed campuses were converted to charter schools [100% untrue - smf]—tuition-free public schools open to all children, independent of school district bureaucracy. The schools are run either by a coalition of teachers at the school, a private company or a nonprofit.

The school board ultimately has the final say on which applicant would run the school, provided an affirmative community vote.

“What you hear over again in the public is two different things: the traditional system is not working well enough and needs to be reinvented,” said Jed Wallace, CEO of the California Charter Schools Association in a press conference. “[A]nd secondly, parents should have the right to choose where their kids go to school.”

As the two pillars on which PSC was created, these two public opinions have also been the fuel for the transformation of several schools.

What was different for the second round of voting was that community members had the opportunity to vote immediately after community meetings where all applicant teams will present their proposal. While these meetings were heavily attended last year, there were also a lot of major problems with how the vote was executed and information disseminated.

[Those problems continued this year – and if anything were amplified. In the voting I attended on Saturday busloads of “community voters” were bused–in by a charter operator from across town, The majority of the ‘voters’ had not attended the community meetings and were presumably voting as instructed by the provider of the transportation-smf]

“This is a transformational time in LAUSD where we actually have some competition to really improve the quality of all the schools that are a part of our district,” said Ana Ponse, founder of Camino Nuevo Charter School.

Surprisingly, USC/Annenberg's Neon Tommy writers seem to make these biased and incorrect reports quite frequently. I'm sure it has nothing to do with several USC faculty sitting on various local CMO charter boards, or that the Annenberg Foundation is a major funder of corporate charter schools. Such an insinuation would be unconscionable, wouldn't it?

One more correction for Ms. Utterman in addition to wildly inaccurate statements SMF points out:

If memory serves, only three of the public schools were given away to corporate charter schools in the first round of PSC.

Ms. Utterman: "I got my information from the California Charter School Association, and didn't think that it would be biased or incorrect."

Getting information from the CCSA and Jed Wallace is akin to getting information in the 1970s on the health risks of smoking from the Tobacco industry. Since the CCSA's sole reason for existence is to increase market share for the highly lucrative charter-voucher industry, the question is does the CCSA disseminate any information that isn't biased and incorrect.

For a photograph of the charter buses SMF discusses in his notes on this story see: