10 Feb, 2011 - Luther Burbank Middle School in Northeast Los Angeles has gone through the motions of the Los Angeles Unified School District’s (LAUSD) Public School Choice (PSC) reform, a process that many parents at the school have long said they distrust, and fear will do little more than maintain the status quo that continue to fail students. 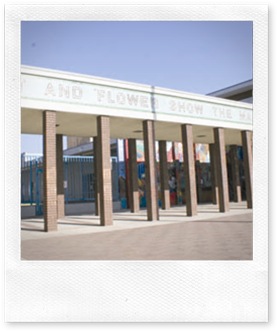 Due to chronic underperformance, the school, located in Highland Park, was one of many schools selected by LAUSD to undergo reform in 2008. Under the Public School Choice reform plan, outside education-based groups are allowed to compete to turnaround underachieving schools or to run new schools. However, no outside group applied to run Burbank.

The school’s principal at the time, John Samaniego, submitted a plan written by staff to create three grade-specific pilot schools, but it failed to gain the support of the district superintendent and school board, which asked that the plan be revised. Somewhere in the revision process, the pilot school governance model was removed from the plan.

Now the local school district leadership is reiterating their support for parents as plans to reform the school continue, the outcome of which seems to depend on who is doing the talking.

“We’ve been working very hard to see that Burbank be given the opportunity to be considered for a pilot school [type of restructure],” Local District 4 Superintendent Dale Vigil told EGP on Monday. “I think our application is for Burbank to open up as a pilot school this fall. That’s our interest, our intent.”

LAUSD District 4 Director Shannon Corbett has been working hard on developing the new educational plan [for Burbank], but there have been various delays, the latest being Superintendent Ramon Cortines’ month-long delay in reviewing PSC 2.0, the second phase of school reform, according to Vigil.

“She [Shannon] and I are ready, with the principal, to talk to the Public School Choice Steering Committee and make that recommendation as soon as they start up in March,” he said. “Hopefully they’ll approve it.”

However, Burbank will be competing with numerous other schools district-wide for one of 11 pilot school slots still available under a Memorandum of Understanding between United Teachers of Los Angeles (UTLA) and LAUSD. The agreement allows for the opening of 20 pilot schools; nine already opened under the first phase of the reform process undertaken last year.

Vigil says the district hopes Burbank will be one of the new pilot schools approved, “… So we have to kind of plead our case and we think we have a good one,” he said.

Local District 4 is currently working on a pilot school instructional plan with the support of the administration, Corbett told EGP, noting that Burbank teachers are already implementing some of the instructional changes.

While the district’s reform plan has the support of parents, Vigil acknowledged that teachers might not be on board. We are currently trying to work out differences with teachers at the site and UTLA leadership, Vigil said.

According to Vigil, he’s met with parents and community members who want nothing less than a dramatic transformation at Burbank. They are carefully considering other options, in case the pilot school plan fails to materialize.

Vigil is quick to point out that teachers and students are not to blame for Burbank’s problems.

“It’s really the system that has been in place since you and I were in school” that is failing students, he said.

If the pilot school is ruled out, other options include creating a compact, like at Belmont High School, or reconstituting the school, which Vigil could initiate, or parents could be encouraged to exercise the Parent Trigger Law.

The last two options include firing all the staff and re-hiring new teachers and administrators.

“It’s always our first intent to do everything collaboratively and if it doesn’t get to that, we’ll consider other options, but right now we are really trying to work on collaboration with all the appropriate stakeholders,” he said.

Burbank’s new instruction plan includes a Bilingual Duel Emersion Program, expansion of the two magnet schools on the campus, and implementation of project-based learning among other instructional changes.

However, Monique Epps, LAUSD iDesign Director, says there is nothing stopping Local District 4 or Burbank Middle School from scheduling a date to present their new PSC plan—as long as they’ve satisfied some steps that need to be taken on the campus, including a vote by current staff to convert the campus into a pilot school.

Vigil did not address whether teachers need to vote to accept a pilot school model at Burbank.

UTLA President AJ Duffy says both the Pilot School Steering Committee and the School Board need to approve the plan before it can be implemented. But there is no vote scheduled, according to Gregg Solkovits, UTLA Secondary Vice President.

Last year, when there was still a threat of an outside management team, like a charter school, coming in, Burbank staff voted in favor of the pilot school plan. But the teachers’ union has always seen that vote as something imposed from the district down.

According to Solkovits, Burbank’s plan has undergone, tremendous changes and is no longer a teacher driven model. Now it is the local school district that is the design team and if they want Burbank to become a pilot school, teachers must first vote to approve the conversion, Solkovits said. “A pilot school is not the first choice” of teachers, he said.

Solkovits calls the pilot school a distraction for teachers and said threats to reconstitute the school only create anxiety on campus.

“A pilot school is merely a different government structure, it’s not even an educational or instructional plan,” he said. “Government is not what makes a school function well.”

Parents don’t care about the governance plan and no school can be forced to become a pilot, Solkovits went on to say. The new instructional plan is a great plan and Burbank teachers need to focus on implementing it and not be distracted, he added.

Last summer, UTLA challenged the legality of two pilot schools approved under Public School Choice: one was at Lincoln High School. UTLA claimed the district had not followed required procedures for converting existing schools to pilots and that the schools previously existed on the campuses as Small Learning Communities. However, LA Superior Court Judge Robert O’Brien disagreed and said the agreement between the teachers’ union and the district does not define what constitutes a new pilot versus a conversion school.

For the moment, it is unclear whether Burbank Middle School will become a pilot school; undergo some other radical reform, or face legal changes in the future.