smf: A MIDWEEK ASSIGNMENT IN CONNECTING-THE-DOTS + SOME RAMBLING FAR AFIELD 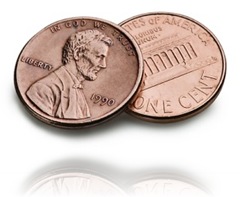 Without going into too much detail, here are three articles from today’s LA Times:

PARENTS PRESENT SIGNATURES TO TAKE OVER A COMPTON SCHOOL: Using the new 'parent-trigger' law, they take the firs... http://bit.ly/hrV37D

For extra credit you can go back to yesterday’s Times:

PARENTS PUSH FOR CHANGE? …OR CHARTER LEVERAGES TAKEOVER AT COMPTON SCHOOL? - In the first test of a new law, cha... http://bit.ly/gC34Lt

…or even Google about and find yesterdays Fox News fair+balanced local coverage (consider the source) about the wonderfulness of the Compton School takeover. Read+see for yourself.

EdSect Arne Duncan – another 4LAKids favorite - has a well-lit staged puff piece on PBS with captive appreciative+photogenic audience here.  What Arne never says is that Singapore, China, Finland and Canada don’t do - and we in the US do-do (OK- attempt to do) is to educate ALL students from age 6 to 18 in the same (or similar) college preparatory standards curriculum.  Universal Free Public Education is not about the best-and-brightest: it’s about all.

And, unless I misheard her, didn’t LAUSD Board President Monica Garcia announce at yesterday’s board meeting that LAUSD’s graduation rate had improved last year  …when really it had not?  I realize that the data is subject to interpretation – but when the mantra is “100% Graduation” we don’t really want to hear:   “it isn’t how you play the game – it’s who keeps score that counts!’

What we are seeing  is some first class media manipulation, spin, framing and Rovian messaging.

In the Compton Story you see how the poor mis-served Compton parents – aided only by billionaire benefactors and a PR juggernaut operating behind-the-scenes - are able to drive their story to the front page. The telling quote is this one:

We wouldn’t want any opposition! Or debate. Or transparency.  The Green Dot Parent Revolutionaries used to bus-in the parents to their photo-ops in chartered shiny white Fast Deer coaches …the advent of rented yellow school buses is a nice touch!