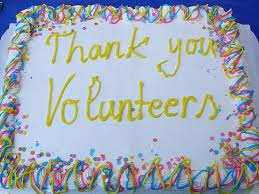 And what's the trend? According to the story, Parent Push-Back. Featured in the story is Jamie Lentzner, a Foster City mother of two elementary-aged children, who is described as "frazzled" by a load of school volunteer activities that left her no time to be with her children, or her self-employment as an interior designer, or alone in unscheduled solitude.

She had already designed the fifth-grade T-shirt, taught art twice monthly to three different classes, and organized movie night, restaurant night and beach night fund-raisers. She was overscheduled and exhausted. She had scant time to help her children with their school projects because — coincidentally — she was always working on projects for their school. “You’ve got to stop,” said her husband, Darin, who worried that the constant stress she seemed to feel was damaging to her health.

Ms. Lentzner realized that she had spiraled out of control. She vowed to put an end to all this volunteering — and to recapture some of the serenity in her family life that had vanished because of nothing more than a well-intentioned desire to pitch in.

Today, more than three months into the school year, Ms. Lentzner is a new woman. She has yet to attend a PTA meeting or decorate so much as a classroom doorknob. When she saw her name listed as chairwoman of the annual Donuts for Dads Day (another event she oversaw last year) on a volunteer sign-up sheet, she whipped out a Sharpie and crossed it out.

Under the headline “Just Say NO to Volunteering,” Sarah Auerswald, a former PTA president in Los Angeles, wrote in June, “What I am about to say is not very PC, so get ready: Moms, stop volunteering so much.”

I am a Recovering Volunteer. And I am here to spread the gospel of saying No.

I was PTA President of my kids’ school for 3 years, I worked on and ran the Silent Auction for my kids’ preschool for 2 years, I’ve set up blogs for local community organizations, worked on the 5th grade culmination committee, done snack bar shifts for my kids’ sports teams, and sat through probably 1000 meetings in the past 10 years, all as a volunteer.

And while it benefited my community and my children’s schools, I’m sure, it left me a run-down, crabby, resentful wreck. You’ve read about all the women who do for others and neglect themselves? Well, I'm one. And I can name at least 50 people in my Facebook circle who do the same.

Auerswald may not have known that after one is quoted in the New York Times -- thus, becoming famous about telling women to stop volunteering so they have more time  -- can be a full-time job in itself. As she wrote in her blog this morning:

I feel like I am in another dimension right now – a very weird, exhausted and yet camera-ready dimension.

It could have something to do with the fact that I woke up at 3am, or that I went to bed at 11pm. It could be related to that fact that I was actually airbrushed* today, not my normal routine at 4am.

It might be because I was on live TV at 7:40am Eastern time (4:30am PST) with Kiran Chetry on CNN’s American Morning show, being asked why I keep telling moms to stop volunteering. Yeah, come to think of it, that was probably it. (Auersbach is on the right, to the left.)


And don't miss Amy Reiter's post on Strollerderby, "Can You Escape the School Volunteer Vortex?" to which we owe the photograph of the cake, above.

The Santa Monica-Malibu Unified School District board of directors voted 4-2 to deny a charter application for a group of parents and teachers at turn Point Dume Marine Science Elementary School (K-5). Unlike many charter applications for existing schools in the state, Point Dume is not an "underperforming" school. As stated in the petition, the reason for charter application is: Charter status would put a Board of Directors in charge of most features at the school, including academics and finances. Parents are seeking the charter status because they fear the school's dwindling population means the SMMUSD will close the school,... Continue reading

UPDATE December 4: Thursday, the Los Angeles Times published some details of the contenders for the three existing and ten new schools that were placed up for bid on Wednesday. ... The new schools, including seven high schools, were built as part of a voter-approved, bond-funded construction program to relieve decades of overcrowding. At long-struggling Clay Middle School, two campus groups will compete with Green Dot Public Schools, a charter-school organization. Green Dot also has a bid in for a new middle school. For Muir Middle School, the competitors are an internal district team and MLA Partners, an outside nonprofit... Continue reading

A state Court of Appeal in Sacramento unanimously ruled yesterday that parents have the right to sue a school district to provide for their children the minimum amount of physical education programs required by California state law. Education reporter Jill Tucker, writing in today's SFGate, gives the state minimum requirements, as written in the state education code: schools are required to offer 200 minutes of physical education every 10 days, "an amount that rises to 400 minutes in middle or high schools, not including lunch or recess. A small-scale survey of state schools a few years ago found more than... Continue reading