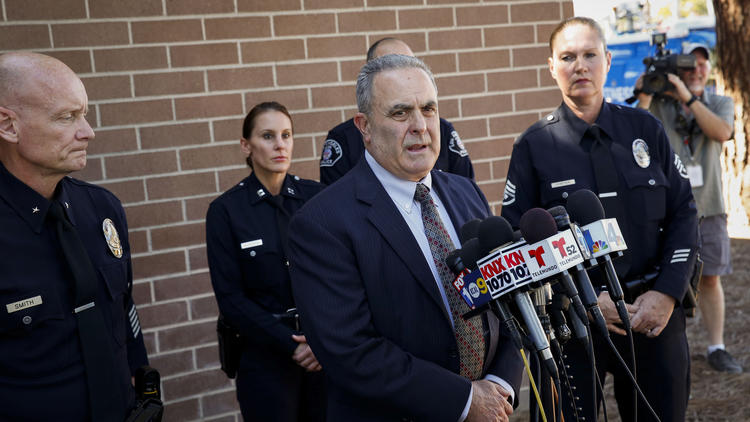 14 March 2015  ::  The students directed school administrators to video or photos related to the case that had surfaced on social media, according to the source, who declined to be named because Los Angeles police are handling the investigation.

Police arrested 10 students on and off campus Friday in connection with a series of alleged sex crimes that began more than a year ago and involved at least two female classmates. Those arrested ranged in age from 14 to 17 and were booked on charges that included sexual assault and lewd acts with a minor.

Authorities were attempting to locate four other students Saturday.

Police have offered little specific information about their case, citing the sensitive nature of sexual crimes investigations, the juvenile status of the accused and a desire to protect the alleged victims, who are also students at the school.

Authorities have said that beginning in 2013, a group of male teenagers worked together to pressure two female classmates into numerous sex acts. Some of the incidents were coerced and  others were consensual, police said.

Sources told The Times that during at least some of sex acts, several boys were present and that they had threatened the girls with harm to their reputations if they did not comply. The sources said some of the accused were athletes who played football and basketball at the school.

“When this is all said and done, we may have some of that as well,” Smith said.

Experts in sex crimes cases said that when allegations involve so many people, the video and other online posts will be critical for investigators to determine each person’s role and culpability.

Attorney Dmitry Gorin, who prosecuted juvenile sex cases and now does criminal defense, said detectives are likely to focus on what the students were saying online during the alleged crimes. 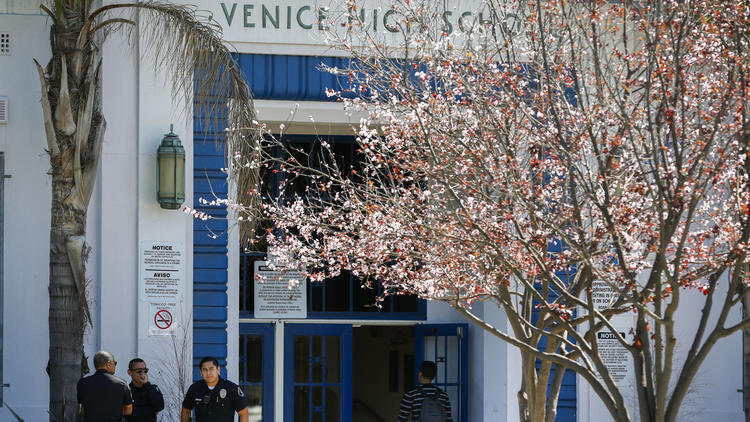 Venice High School, where 14 students are accused of sexual assault.Patrick T. Fallon / For The Times

“Social media is going to play a major role because it is going to show what everybody is thinking,” Gorin said. “Was there consent? Was it multiple times? Was there bragging?”

The district attorney’s office has not yet reviewed the evidence. Prosecutors in California have wide discretion in how and whether to charge juveniles. But Steve Cron, a defense lawyer who frequently represents clients charged with sex crimes, said the videos of the encounters could tilt prosecutors toward charges.

“The potential harm to the girl is dramatically different,” said Cron, noting the public humiliation and lasting damage to reputation of posting videos and images online. “And I think the impact on the girl is one of the many factors prosecutors consider in deciding whether to prosecute.”

Parents were reeling from the allegations. 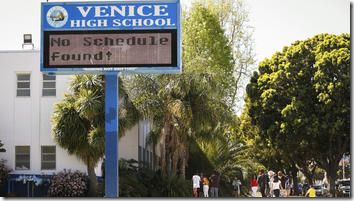 Mary Ramirez, whose son attends Venice High, was at work as a barista at Los Angeles International Airport when she got an automated call from the school. At first she thought it was because Jonny, a 14-year-old sophomore, had been late. She said she couldn’t breathe after hearing that students had been arrested.

smf: How could I resist this picture?>>

She texted her son immediately, worried that he might have been a victim. He responded, telling her that he was OK.

"It's a parent's nightmare," said Ramirez, dabbing her eyes with a tissue as she waited outside the campus to pick up her son.

L.A. Unified Supt. Ramon Cortines said the students’ parents had been notified and crisis counselors were on campus to assist any students.

Ten students are in custody and police are looking for four others. The Venice High students are accused of sexual assault of two underage female students.

“This is a painful moment for Venice High School and this district,” he said in a statement. “I want you to know that no sexual misconduct of any kind by students or staff will ever be tolerated in L.A. Unified.”

“We’re pouring all our resources over there ... to make sure every child over there feels safe,” said school board member Steve Zimmer, who represents the Westside school. “Our crisis team and our psychiatric social workers are on site ready to provide services to every student who is affected by this, indirectly and directly.”

Venice High has long been a microcosm of the diverse community around it, which includes a mix of rapidly gentrifying neighborhoods and areas known as centers of gang violence. In 2006, a 17-year-old Venice High student was fatally shot as he tried to protect his younger brother from gang members.

The school has more than 2,000 students; about two-thirds are Latino. One of its most prestigious programs is its foreign-language magnet, which draws students from across the city. In 2013, then-Supt. John Deasy singled out the school for its progress in improving test scores although its overall academic achievement remains relatively low.

This is what I know and what I’ve heard from disgruntled Venice parents …who have heard it from their kids. It would be difficult to be a ‘gruntled” parent following these revelations..