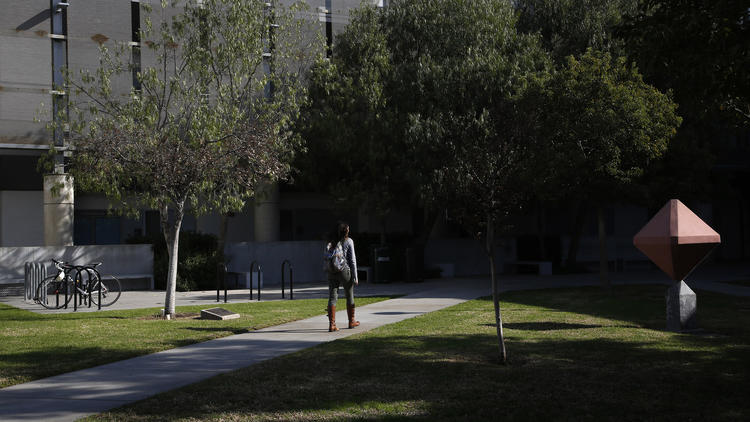 A student walks on the campus of Santa Monica City College. Community college students in California will be able to automatically transfer to nine historically black colleges or universities if they meet academic requirements. (Katie Falkenberg / Los Angeles Times)

Under the deal, students who have fulfilled transfer requirements with a GPA of 2.5 or better will automatically be allowed to enroll in one of those nine schools as a junior.

California students could also qualify to transfer by earning 30 or more Cal State or University of California transferable credits with a GPA of 2.5 or higher.

California students also would receive priority consideration for housing and would be eligible for scholarships and counseling.

"This agreement opens a new and streamlined transfer pathway for our students to some of the finest and culturally diverse institutions of higher learning in the United States," said Geoffrey L. Baum, president of the California Community Colleges Board of Governors.

Historically black colleges and universities were founded to serve the needs of African Americans, but students of all races can attend. There are 105 such campuses in the country; most are located in the South or on the East Coast.

The nine colleges who will accept California community college transfers are: