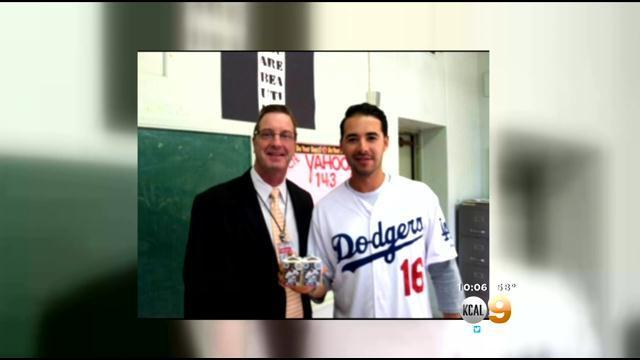 But the man who led much of the change has been removed from his position pending an internal district investigation into alleged conflicts of interest and mismanagement of the nation's second-largest school meal system, The Times has learned.

David Binkle, the district's 52-year-old food services director, is accused by the Office of the Inspector General of failing to report payments from vendors to attend school food conferences and ownership interests in a private food-related consulting firm.

We found that the program is currently at a minimum being mismanaged and at worst being consistently abused. - Inspector general's draft audit

Binkle also is accused of mismanaging the district's $500,000 annual marketing program, which was launched in 2011 as part of a revamped food contracting system. The program is funded by five major food contractors to promote healthful eating. The funds have gone to such groups as the Los Angeles Fund for Public Education, a nonprofit led by high-profile philanthropist Megan Chernin.

"We found that the program is currently at a minimum being mismanaged and at worst being consistently abused" by Binkle and the food services division, said the inspector general's draft audit, which was obtained by The Times.

Binkle denied wrongdoing, saying in an email that he was "deeply disheartened, frustrated and baffled" by his removal Dec. 4. He has been ordered to remain at home while continuing to draw his $152,000 annual salary.

"I have done nothing wrong and have nothing to hide since my actions were approved and encouraged from senior district officials, general counsel or the ethics office," he wrote. "I am confident the truth and facts will show the allegations are unsubstantiated."

A district spokesman issued a statement confirming Binkle's removal Thursday but provided no other details, citing a "confidential personnel matter."

The removal of Binkle, who has promoted L.A. Unified's healthful eating program in White House appearances with the first lady, in Tedx Talks and elsewhere, stunned many in the school food industry. L.A. Unified's $354-million food program serves 716,000 meals daily to 615,000 students at 1,200 locations. 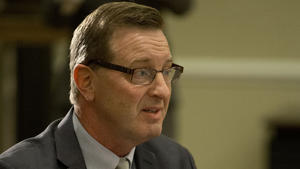 Binkle, a professional chef who joined the district in January 2008, helped adopt cutting-edge menus lower in sodium and fat, introduced breakfast and supper programs, increased meals served by 76,000 daily and promoted directives from the federal government and L.A. Unified Board of Education for healthier food.

George Beck, a former food services deputy branch director responsible for accounting and budgets, said he began questioning Binkle's management of the marketing funds in 2011. In an interview, Beck said he wrote to Enrique Boull't, then chief operating officer, saying the funds needed stronger controls over their use. Beck said L.A. Unified took no corrective action.

He said, however, that he had no evidence that Binkle had personally profited from the marketing funds.

Beck, who was laid off in August 2013, said he believed that Binkle targeted him for removal because of his persistent questions over the program. Binkle said, however, that he was directed to eliminate Beck's position by Boull't as a cost-cutting measure.

Following Beck's concerns, the food services director at the time, Dennis Barrett, sent a memo to the Board of Education and then-Supt. John Deasy in March 2012 asking that his division be allowed to continue using the marketing funds to promote the school meal program. Barrett, who subsequently retired and now runs the food services division for the New York City Department of Education, declined to comment.

Binkle said that he was never told to stop using the marketing funds and that his activities related to them were approved by senior officials including Boull't and Michelle King, chief deputy superintendent.

The review took particular aim at the vendor-funded marketing program, which produced deals to showcase L.A. Dodgers players on school milk cartons and support the L.A. Fund's efforts to help roll out the controversial Breakfast in the Classroom program; nearly $1.6 million has been spent on projects so far.

I am confident the truth and facts will show the allegations are unsubstantiated. - David Binkle

Five of the vendors agreed to contribute collectively about $500,000 annually to promote the district's school meal program.

But the audit said program funds were insufficiently monitored and used for such "unallowable items" as payments to the L.A. Fund, public relations firms, food for political events, and hotel and travel for district employees. The audit recommended that all marketing fund payments be halted and that contractors be barred from disbursing funds on the district's behalf.

The audit found, for instance, that Five Star paid about $6,800 in airfare and hotel expenses for Binkle, Barrett and two other district employees at the time. The payments are "in violation of the Employee Code of Ethics and the Contractor Code of Conduct," the audit said. Tal Shoshan, Five Star's chief executive officer, declined to comment.

At least one travel request submitted by Binkle to attend a school food event in Miami in 2013, which clearly stated that vendor marketing funds would pay for the trip, was approved by King and Boull't, according to a document obtained by The Times.

One vendor, who asked for anonymity to preserve the firm's relationship with L.A. Unified, said that all marketing funds were contributed legally as required under the contract and that they successfully helped improve the image and quality of school meals for hundreds of thousands of children.

Tatum Wan, a public relations specialist, said she and her staff were paid about $200,000 during the 2013-2014 school year by Gold Star to coordinate more than a dozen events to explain the healthful food program; she said her annual marketing plan was approved each year by Boull't.

The audit also took issue with Binkle's private California Culinary Consulting firm, saying he failed to disclose his ownership interests to the state, as required of local government employees. The consulting work "presents at minimum an appearance of a conflict of interest," the audit said.

But Binkle said state conflict-of-interest law does not require disclosure unless the outside income is earned in the same jurisdiction as his employer. All of his consulting jobs were outside L.A. County, he said. He added that his firm's annual revenue last year was $19,000 — not $950,000 as listed in the audit.

Binkle said he was proud of his team's accomplishments and hoped the audit's accuracy would be reviewed by board members and state nutrition services officials.

He will remain at home until the district decides whether to bring him back or fire him.

Feb 06, 2015 (Reuters)  :: A Los Angeles school food executive, who took salt and fat out of school meals and was praised by U.S. first lady Michelle Obama, has been removed from his job, officials said in a brief statement on Thursday.

The Los Angeles Times, citing a draft report from the inspector general's office, said that Binkle failed to report ownership interests in a food consulting firm, mismanaged the school system's $500,000 yearly marketing budget, and had not disclosed payments from suppliers to attend conferences.

Representatives for the district could not be reached to provide additional details.

Binkle could not be reached, but told the LA Times by email, "I have done nothing wrong and have nothing to hide since my actions were approved and encouraged from senior district officials, general counsel or the ethics office."

"I am confident the truth and facts will show the allegations are unsubstantiated," he said.

LOS ANGELES (CBSLA.com) — David Binkle was known as the Los Angeles Unified School District's “Food Guru.” For the past five years, he was the go-to guy for ideas on nutrition and praised for bringing for healthy food to students. His work even garnered ...

TO BE CLEAR: Nothing has been proven; Nobody has been officially accused of anything  - the only thing we know for sure is  someone has leaked a confidential preliminary draft investigation. I have not seen that report.

That said, the School Meals program is a federal government program.

LAUSD Politics are in play: Dr. Deasy’s roll out (some might say “imposition” )  of Breakfast in the Classroom has been very unpopular with UTLA.

Follow the money: The BiC program rollout was sponsored by The Los Angeles Fund for Public Education – Dr Deasy’s heralded nonprofit fundraiser based on New York City schools Robin Hood program. The Times article implies that LA Fund’s funding was complicated/compromised by “donations” from District vendors and that federal meals reimbursements may have been inadequately expended, allocated  and/or accounted for.