By The Times Editorial Board | http://lat.ms/1zoOjpb 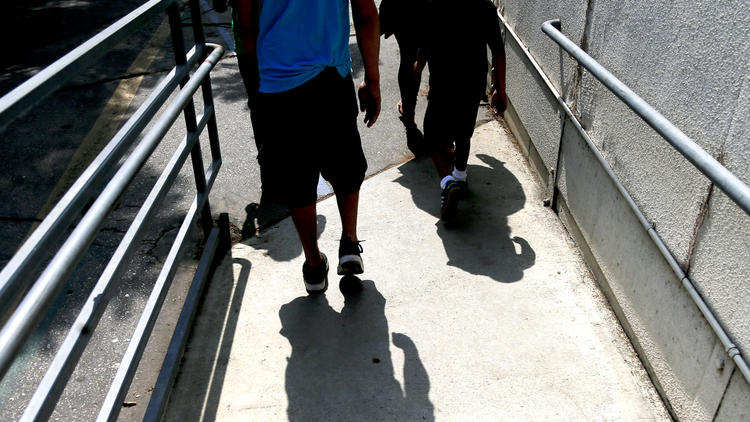 Feb 6, 2015  ::  Setting LAUSD up up as a de facto immigration legal service constitutes a troubling level of mission creep

Some staff attorneys at the Los Angeles Unified School District have expressed interest in doing pro bono legal work for students who arrived in this country without documentation and on their own, with no adult family living here. Many of those children face perilous conditions in their home countries, and they need legal help before an immigration judge determines whether they stay or go.

Good for the lawyers. Why shouldn't they do volunteer work on their own time?

But it's quite a different matter for the district itself to get actively involved in providing free legal assistance in cases as narrow and controversial as illegal immigration. A program for doing just that is under consideration by the school board.

The AYUDA program (Advocating for Youth Unaccompanied in Deportation Actions) would pair lawyers in the district's legal division with students who face deportation hearings. Last summer, after tens of thousands of unaccompanied minors began arriving at the U.S. border from Guatemala, Honduras and El Salvador, L.A. Unified said it would welcome many of those children in its classrooms while their appeals for refugee status progressed. Now it would take that a step further by setting up a system for its attorneys to help the youngsters stay in the country — and, in the future, other students with similar immigration issues.

According to the district, about 10 of its 43 attorneys are expected to volunteer — no one would be required to do so — with each attorney handling one case at a time, for one to three hours per week. The lawyers' pro bono work could be done during their regular work hours, but they would have to make up the hours to the district in the evenings or on weekends, or at least make sure that all their work for the district was completed each week. They would receive training in immigration law, also on their own time.

A district spokesman says the cost would be negligible. In fact, from the narrow point of view of the district's bean counters, there is a possible financial upside: If more unaccompanied minors are allowed to stay, that's more enrollment for the district and more state dollars flowing for each student. But the cost to taxpayers overall would go up.

It's commendable for the district to allow its lawyers a little flex time for volunteer work. But to set itself up as a de facto immigration legal service constitutes a troubling level of mission creep. There are other agencies that provide such aid to young immigrants; wouldn't it make more sense for the district to allow its lawyers to work for those organizations on their own time?

Indeed, if the idea is to encourage more pro bono legal work, why pick immigration as the one area worthy of the district's largesse? Plenty of L.A. Unified students have legal needs. Why not allow the lawyers to volunteer at agencies that represent families in danger of being unfairly thrown out of their homes, or that help children who need representation in family court? Better for L.A. Unified to let lawyers decide what kind of pro bono work they want to do instead of making value decisions about which ones it will allow.