LOS ANGELES (July 24, 2012) - Information relayed through social media channels binds parents, staff and students faster during a crisis than other forms of communication, according to results of the first-ever social media survey released today by the Los Angeles Unified School District.

The poll of more than 4,800 online users at the District’s website found that 36% believe school safety alerts can be issued most effectively through social media. Those polled also said they preferred that the District use Facebook, Twitter and other new media to communicate with students, plan events and conduct community outreach.

“The purpose of social media outreach is to give our constituents the transparency and interaction they’ve requested,” said Stephanie Abrams, the District’s Director of Social Media, the first to hold such a role nationwide. “The results of the survey demonstrate that they see social media as a vehicle for this purpose.”

^ The chart from another source. T.H.E. Journal

The District’s first-ever social media survey, conducted over the last three months of the school year, also showed the audience craves a wide range of District information online. For instance, 60% of those polled said they agree or strongly agree that they wanted to learn online about District events. Other popular requests cited in the poll were emergency services or school information, and District news.

But many still prefer updates through an older form of communication: email. Almost 70% prefer searching their inbox compared to 24% for Facebook, the highest-ranked social media channel in the survey. That’s not surprising, given the District only began coordinating its social media program in March, said Thomas Waldman, Director, Office of Communications & Media Relations.

What’s more, he said, nearly 60% of those surveyed were between 31 and 50 years old, an age group that represents a higher share of email than those who are younger. Still, Waldman expects in coming months a stronger desire for adopting new media as online users acquaint themselves with the District’s social media program.

Abrams echoed the sentiment. “Though social media is now complementing and in many ways displacing older media as a preferred means of communication around the world, school districts are just beginning to recognize its value,” Abrams said. “The survey will better enable this district to set priorities and target outreach with social media and our constituents in the future.”

In addition, Twitter followers have mushroomed; the District now has a Pinterest page; and a new blog, using contributions from all District departments and board members, will be launched in the coming weeks.

"We set up a Facebook page, a Twitter account, YouTube channel, and a Pinterest page to help disseminate information to students, parents, community and staff," Abrams said.  "The popularity of the District's social media is growing quickly, and we expect these sites to continue to gain momentum throughout the school year." 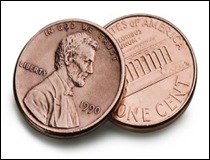 smf: SHOW ME THE DATA!

JUST TO BE CLEAR: LAUSD SET UP A SURVEY ON THE INTERNET TO REVIEW HOW WELL IT WAS DOING REACHING THE COMMUNITY THOUGH SOCIAL MEDIA.  NO ATTEMPT WAS MADE TO COLLECT DATA THROUGH ANY OTHER METHOD BUT ONLINE.

The spin, the spin: Do not drive or operate heavy equipment if you are feeling dizzy.

Just because the superintendent was once a science teacher doesn’t mean surveys done on his behalf are scientific.

Any effort to improve communications in LAUSD is to be encouraged. However….

*If “twitterpated” ( a word spoken by the Owl in Disney’s Bambi) is a trademark of the Disney Company I am so apologetic!