Tiptoe through the minefield: THE COMMUNITY COLLEGE DISTRICT MEETING AGENDA

The agenda for the Community College Board meeting next week (follows) was forwarded to me for comment -- with my attention directed to the item appointing LA City Controller Wendy Greuel to independently investigate appointment of the LACCD Inspector General.

It’s a lengthy agenda and I scanned it in its entirely …but not in any real depth. Too many questions that beg other questions spring off the 108 pages

I have some real concerns and questions - especially in light of the State Controller's Report and the series of LA Times articles by Michael Finnegan and Gale Holland of misbehavior in the expenditure of bond funds - which identify a lack of oversight and accountabilityby LACCD staff and the various bond oversight committees. There is one oversight committee for each community college campus plus a central one. Ultimately accountable are the trustees of the Community College District themselves - they are responsible to the voters and taxpayers and the students of the district for the expenditure of the LACCD's Proposition A and AA and Measure J construction and modernization bonds.

I am sharing my thoughts here.

Re: BT3. Resolution Authorizing an Independent Review of the Selection Process and Qualifications for the Inspector Genera! (pp10 of 108)

I am unconvinced the city controller is the right independent investigator.

BT6. Resolution to Adopt a Master Budget Plan and to Implement Policies to Strengthen Oversight and Spending Practices for the District's Construction Program (pp13 of 109)

The trustees must stop and question all these expenses and staff recommendations – and must empower the Bond Oversight Committees' responsibility and authority to oversee before they go ahead doing it the way they always have.

To proceed before establishing the things called for under these two resolutions – Strong Accountable Oversight and A Master Plan - or without resolving the allegations of prior impropriety - is the epitome of hubris.

The central Bond Oversight Committee must have independent staff and counsel – as should the trustees themselves - who can answer questions like "Is the expenditure of long term bond funds to purchase short-lifetime I-Pads – especially in contracts with only one bidder fiduciarilly responsible, wise …or even legal?"    (pp.41 of 108)

There are excellent things happening in the Community College District – the joint use contracts  and co-development of the Middle College High School with LAUSD is a case in point.

But legal? That's a whole other matter. 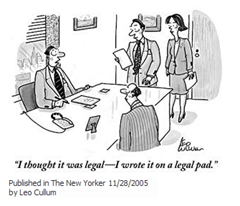