Read on: CHECKING IN ON CHARTER SCHOOLS - An Examination of Charter School Finances (2009)

REPOSTED BY SMF FROM MINNESOTA 2020

Some things that happened for the first time
Seem to be happening again
And so it seems that we have met before
And laughed before, and loved before
But who knows where or when. 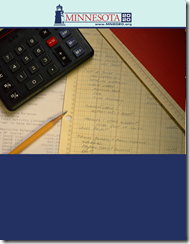 from the executive summary:

The first charter schools opened in Minnesota in 1992. In 2007, 28,034 students were enrolled in 145 charter schools. They receive $10,500 in taxpayer funds per student. A check of charter school audits from 2007 found:
• 83 percent had at least one financial irregularity;
• 29 percent did not comply with the law regarding board meetng minutes;
• 55 percent had limited control of the school’s funds;
• 26 percent didn’t have proper collateral for their bank deposit insurance;
• 51 percent of those with problems identified on their 2007 financial audits had the same problemsidentified on their 2008 audits;
• Although charter schools spend public tax dollars, they are not subject to a publically elected board;
• While recent changes in state law make charter schools slightly more accountable, they do not go farenough in ensuring the financial accountability Minnesota taxpayers demand.

This information from financial audits brings two simple facts about charter schools to light: There are several schools that are truly incompetent when it comes to working with public funds; and almost every school has some diffculty meetng state laws and fnancial standards.

We understand that, among 145 institutions, some minor infractions must be expected. The same can be said when examining the books of every traditional school district in the state, or every township, city or county. However, it is beyond the pale to find infractions in all but 24 of 145 schools.

Some charter school supporters claim the small size of charter staffs make it impossible to properly account for their funds. Some say proper training isn’t available.

We raise a simple question: If a public entity can’t handle the money it gets from taxpayers, then why do taxpayers give it money? Clearly, the state should reconsider renewing its agreements with the 121 charter schools that cannot successfully pass a financial audit.

Further, should taxpayers continue to finance the 50 percent of charter schools that do not resolve identified fnancial problems?

And what of the several schools that are stunningly mismanaged? Several popped up in our investigation that have a financial rap sheet that goes back as far as anyone’s been keeping records. Ought they to continue to receive taxpayer funds? If ever there was a situatioon for MDE to exercise its ability to cancel contracts with schools over financial mismanagement, that situation exists for each of these schools.

It is imperative that government dealings are transparent; that’s why the state has open meeting laws. It is therefore gravely disappointing when 43 charter school boards of directors don’t take the simple step of providing minutes of public meetings upon request. Not only is it illegal, but it creates an atmosphere of suspicion.