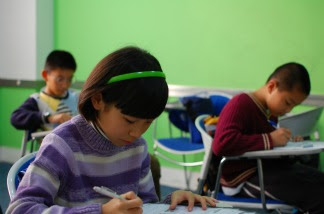 4:28 p.m. | A Los Angeles judge ruled Monday that the L.A. Unified School District can turn over poorly performing schools to outside operators.

The ruling by Superior Court Judge James Chalfant means the district will not need teachers' approval to turn over Clay Middle School to charter operator Green Dot and Jordan High School to Green Dot and Partnership for L.A.'s Schools.

United Teachers Los Angeles had argued that state law requires a majority of teachers to approve a charter conversion at their school. The judge said the district was obligated under state and federal law to take action and must be free to close a school and reopen it as a charter.

UTLA had no immediate comment. Historically, teachers have lost their jobs in a charter conversions, the Associated Press reports.

The teachers union had sued to stop the Los Angeles Unified School District from letting Green Dot Public Schools, a charter school organization, take over all of Clay Middle School in Athens and half of Jordan High in Watts. The other half of Jordan is operated by a nonprofit group backed by Mayor Antonio Villaraigosa. Classes have started at both campuses.

Teachers union officials had claimed that the district needed the approval of the majority of permanent teachers at the two schools before giving Green Dot control, but the judge ruled that the district was “obligated” to take action under federal and state law.

Teachers union officials said they planned to appeal the decision.

Sept. 19, 2011 - UTLA will appeal a ruling issued today by Judge James Chalfant that denies UTLA’s lawsuit over the giveaway of Clay Middle School and a portion of Jordan High School to outside operators.

UTLA’s case was based on the Charter School Act (under Ed Code 47605), which says that the conversion of a school to a charter requires the signatures of at least 50 percent of the permanent teachers at the site. The judge chose to ignore the law and the undisputed fact that the School Board awarded Clay and Jordan to outside groups without any teacher or community support.

Not what the community wanted: The decision last spring by the School Board majority to give away Clay and Jordan blindsided the community. In the case of Clay, the school was given away even though the teachers’ PSC plan was recommended by then‐superintendent Ramon Cortines and overwhelmingly chosen by the students, parents, and staff in public voting. To add insult to injury, Clay was awarded to a charter operator whose test scores at a majority of its sites are not significantly better than Clay’s. It’s clear that the School Board’s politically motivated actions have nothing to do with what’s best for the students and everything to do with pleasing their corporate benefactors.

Any school could be vulnerable to giveaway: Judge Chalfant agreed with LAUSD’s claim that the District has the right to implement a “restart” process at schools in Program Improvement status. If his decision stands, it would mean that any school in PI status could be vulnerable for takeover. Any time a school is given away, it means pink slips for UTLA members, and teachers being ripped away from their students.

“This is the theft of our schools, pure and simple,” UTLA President Warren Fletcher said.

“The judge’s decision opens the door even wider for the School Board majority to steal schools away from their communities and give them to rich friends and corporate donors.”

Fighting back will take a multi-level approach: In addition to filing an appeal and pursuing other legal strategies, UTLA will be talking with elected officials about legislative solutions. But UTLA members’ most important work continues to be uniting with parents and community members at every site as part of our shared commitment to strengthen our neighborhood schools and fight off takeover.