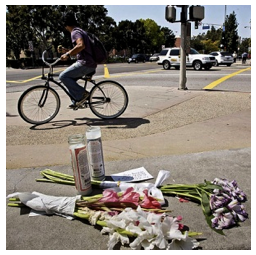 7.04.2011 - The City of LA’s Department of Transportation has been busy at work in our communities, removing crosswalks, increasing speed limits, dodging critical audits, and fixing tickets through the City Hall Gold Card program.

So busy, in fact, that they continue to miss the well intended and even better funded advice offered by the State of California on how they can bring Safe Routes to School money to the streets of LA, grants that would result in streets that are safer for children who walk and bicycle to school.

The federal (SRTS) and state (SR2S) Safe Routes to School programs have a simple mandate, to empower local communities as they work to make walking and bicycling to school a safe and routine activity. The funded projects include roadway and sidewalk improvements as well as education and encouragement programs.

The City of Los Angeles has a notoriously poor track record with Safe Routes to School programs and has repeatedly drawn the ire of the City Council for simply failing to perform. Four years ago Councilman Grieg Smith exclaimed "Our Department of Transportation is one of the slowest, most bureaucratic departments in the city, I am constantly banging my head against the wall to get them to do what I want them to do."

This outburst came in city council chambers when it was revealed that funding was in place to improve nearly three dozen of LA’s most dangerous street crossings for schoolchildren but the work had not been done. LADOT’s Assistant General Manager John Fisher defended the department by explaining that the department was busy with regular and routine projects. “Safe Routes to School programs are ‘special’ projects.”

David Anderson, a spokesman for the California Department of Transportation, said "Nothing is more important than the safety of children, which is why Caltrans and the Federal Highway Administration are reviewing the projects administered by local agencies to determine actions for improvement."

Two and half years ago, the LADOT received a review from Caltrans that categorized LA’s proposals as “Boilerplate, cookie cutter applications with identical wording.”

The City of Los Angeles was taken to task for sloppy work such as attaching the same generic letters of support to each application in lieu of conducting actual community outreach and generating project applications with the participation of the impacted neighborhoods. “SR2S and SRTS applications must be prepared from the grass-roots ground-up, not from the top-down, as it appears the City of L.A. applications were.”

LA was also called out for disguising vehicular flow improvement projects as pedestrian and cyclist safety enhancements. “The City of Los Angeles consistently stuck to the same limited number of tools that generally favor traffic operation over safety.”

One of the reviewers wrote “As a resident of the City of Los Angeles it pained me to give low scores to my own city, but I did not feel poor applications could be given passing scores. Doing so would ensure no improvement in the future.”

That sentiment is rare in City Hall where the “Fair Share!” mantra reigns supreme and the commitment to quality proposals and efficiently implemented programs falls by the wayside.

The City of LA entered this most recent Safe Routes to School funding cycle on the “Red Flag” list, ineligible for funding because of a failure to implement prior funded projects. In short, LA qualifies for funding but fails to put that money to work on improvements and education that would make our streets safer for children as they walk and bicycle to school.

After exerting more energy beating the system than it would take to simply excel at the Safe Route to School program, the LADOT is now off the “Red Flag” list and in the process of delivering the current roster of Safe Routes to School projects, all of which work together to demonstrate a complete failure to improve since the last round of funding.

The LADOT is the lead department for LA’s Safe Routes to School funding. Theoretically, the projects can come from the community but, in practice, the process takes place within a committee made up of City Council and City Department representatives, resulting in projects that were recently approved by LA’s Transportation Committee with only cursory oversight.

The deadline for the current SRTS funding cycle is July 15, 2011 which leaves no time for active participation from the community on the prioritization of projects or input on the specifics of individual projects. LA will be submitting 10 infrastructure and 2 non-infrastructure proposals, apparently excluding parochial and private schools from the process as if those children don’t have the right to safe streets that accommodate pedestrians and cyclists.

When staff from Caltrans, the Southern California Association of Governments (SCAG), the LA Unified School District (LAUSD) and Ventura County collectively take the City of LA to task for consistently failing to perform in the Safe Routes to School funding program, it’s worth taking a look at LA’s program.

When the City Council takes the LADOT to task for waiting until the last minute to involve the council offices in the process, it’s worth taking a look at LA’s process.

When the City of LA repeatedly conducts the business of the people in a manner that excludes the public while applying for grants that require the participation of the community in developing the applications, it’s worth taking a look at LA’s Department of Transportation.

Most importantly, when the LADOT is busy defending itself against charges of inappropriate use of Measure R funding, double-dipping on federal funds, and other roadside distractions that consume management energy and focus, it’s worth taking a look at our streets and asking Mayor Villaraigosa “Who’s in charge of making our streets safer for our children?”

(Stephen Box is a grassroots advocate and writes for CityWatch. He can be reached at:           Stephen@thirdeyecreative.net .) –cw