THE ATLANTA SCHOOL CHEATING SCANDAL: NY Times Editorial: “Are They Learning?” + Letters to the Editor

July 17, 2011 - A cheating scandal in which scores of teachers and principals in Atlanta’s public schools falsified student test results has thrown the system into chaos and made its name synonymous with fraud. This shameful episode has destroyed trust in the schools and made it impossible to determine how much students are learning and whether the system is doing its job.

In a report released this month, state investigators in Georgia found a pattern of “organized and systemic misconduct” that dates to 2001. They identified 178 teachers and principals in 44 of the system’s approximately 100 schools involved in cheating on student tests. Even worse, reports of cheating were ignored by top administrators, creating a culture of fear and intimidation that prevented many teachers from speaking out.

Test haters will inevitably blame the standardized testing mandated by the federal No Child Left Behind act for inducing this kind of misconduct. The tests remain a crucial gauge of student performance and an indicator of how much academic progress schools are making. It’s the cheats who need to go, not the tests.

To restore integrity to the Atlanta system, which serves mainly impoverished children, state and city officials need to improve test security and make sure that those involved in cheating lose their teaching certifications and never work in classrooms again.

The former schools superintendent Beverly L. Hall, who was widely praised during her 12-year tenure, which ended last month, stood at the center of the scandal. The investigators found that Ms. Hall and her staff had a see-no-evil policy, even though they had received many reports of widespread cheating, including one filed by the Atlanta Federation of Teachers in 2005. Under their administration, whistle-blowers were punished while the cheats went free.

Since the report became public, Atlanta school officials have removed some employees connected with the scandal, and prosecutors could eventually bring charges against educators who may have violated state law. Beyond that, the state education department says that schools that may have received federal grants based on fraudulent test scores could be forced to return the money.

The fraud will cast doubt on the real progress that Atlanta has made on the federally sponsored National Assessment of Educational Progress, known as the nation’s report card. In the last decade, for example, the city raised its average math scores significantly. The federal tests, however, are not administered or graded by local districts and are virtually impervious to tampering.

Atlanta is not alone in facing testing scandals. Allegations of cheating have erupted in several places, including Washington, D.C., Pennsylvania and Los Angeles.

There are several things that states can do. They should protect whistle-blowers so that teachers who report wrongdoing do not have to fear retaliation. They should make it clear that cheats will be stripped of their certification and barred from the profession. In addition, states should create systems in which tests are independently administered. 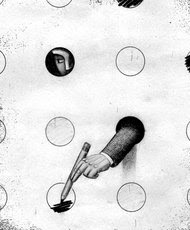 The Georgia investigators found that a primary cause of cheating was “unreasonable” score targets coupled with “unreasonable pressure on teachers and principals.” They concluded that “meeting ‘targets’ by whatever means necessary became more important than true academic progress.”

Misusing standardized exams as the primary factor to make educational decisions encourages score manipulation. Campbell’s Law predicted this result decades ago. It states, “The more any quantitative social indicator is used for social decision-making, the more subject it will be to corruption pressures, and the more apt it will be to distort and corrupt the social processes it is intended to monitor.”

That is precisely what happened in Atlanta. The nation’s students, schools and taxpayers deserve assessment systems that promote ethical behavior, better teaching and stronger learning outcomes.

Put people in high-pressured, competitive situations, and hedge-fund managers are going to practice insider trading, athletes are going to use performance-enhancing drugs, and school superintendents, principals and teachers are going to manipulate the test scores of their students. With prestige, income and job retention at stake, who among us would not be tempted to cut corners to succeed?

But one does not have to be a “test hater” to understand that this is exactly the situation in which the No Child Left Behind law, as well as Secretary of Education Arne Duncan’s Race to the Top program, has placed teachers, and why the Atlanta scandal is just the latest example of a series of fraudulent miracle success stories.

Competitive approaches pitting teacher against teacher, schools or systems or states one against another elicit exactly this type of cheating, which is antithetical to authentic educational reform.

There exist models of educational excellence in other nations and in our own based on cooperation and support among educators, where tests and other forms of assessment are used by teachers to develop strategies that enhance children’s learning, not to reward or punish teachers.

Noting the disaster the competitive model has produced, why don’t we substitute a model of education where teachers, principals, colleges and universities work together to provide every child an education that is stimulating and productive, and that leads to a life that seeks out continued learning?

The writer is professor emeritus of education at Queens College.

Your response to the Atlanta school-cheating scandal — “It’s the cheats who need to go, not the tests” — reflects a fundamental misreading of what happened.

Rather than focusing on the people who violated professional standards, we should recognize this as an example of organizational misconduct.

In any organization in which members are pressed to reach goals that cannot be attained through legitimate means, cheating and other forms of misconduct are likely to occur. That’s the real threat of high-stakes testing.

The writer is a professor of sociology and education at Teachers College, Columbia University.