MY LUNCH WITH STEVE, by A.J. Duffy

Hey, folks, I gave it a try. I agreed to have lunch with L.A. Times columnist Steve Lopez in an effort to get out our side of the story, even though the Times is always hell-bent on slamming teachers and our union.

I knew that a two-hour lunch would not be enough time to discuss all the complexities of teaching with a reporter who's never taught in an urban public school classroom. But I gave it a try anyways, because I-like so many of you-am tired of the one-sided education editorials in the Times.

Even though I knew I was up against a tough task, I still was disappointed by the column Steve wrote last Sunday. Once again, he penned a piece that was in complete alignment with the editorial position of the Times. Wouldn't it be refreshing to read an L.A. Times columnist who stands on his own and doesn't merely parrot the policies of his corporate bosses? 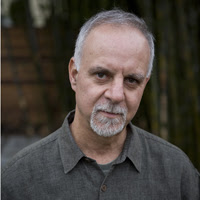 I knew he missed the point of our talk when he opened the piece by spending precious column space talking about my shoes (FYI: They're not saddle shoes, Steve). Most disappointing was that his column narrowly focused on a few issues and didn't begin to convey the wide range of topics we covered. And with those few topics he did discuss, he left out the full picture of what we talked about. Any idea that didn't fit his thesis was discarded.

<< Robert Downey Jr. as Steve Lopez in the movies.

Missing from the article: He writes about the "shameful dropout rates,"  without mentioning the timely fact that last week, LAUSD released figures that show that student dropout rates have gone down by an amazing 17 percent, while graduation rates are up by 8 percent, and more students are passing the CAHSEE sooner than ever. And what about other good news about LAUSD schools? There are now 292 LAUSD schools with API scores above 750, and we have 70 schools on the California Distinguished Schools list.

Missing from the article: The fact that it's an urban myth that teachers can't be fired-they can be and they are every year.

Missing from the article: Any discussion of the pitfalls of merit pay. Steve drank the Kool-Aid, as they say, on linking teacher pay to test scores. After I discussed all the problems most teachers have with merit pay (it narrows the curriculum, it pits teacher against teacher, there are too many variables affecting test scores, and so on), I asked him why he was so supportive of merit pay. Did he know of any conclusive study that proved linking teacher pay to performance improved student outcomes? He responded with a blank stare.

Missing from the article: That seniority is the new scapegoat for budget woes. We did not lose talented new teachers this year because of seniority-we lost them because the state cut billions of dollars from our schools. Where is the outrage over the tragic state of school funding in California? Steve and I also talked about the fact that there are no credible studies that show seniority hurts education. There's a reason that some form of seniority or tenure is almost universal in our education system-from a kindergarten classroom in East L.A. to the lecture halls at UC Berkeley. In LAUSD, one benefit of seniority can be seen in our test results, which have gone up the past seven years. That progress began in kindergarten through third grade, where 90 percent of the teachers have five or more years of experience. The data would suggest that the powerful combination of veteran teachers-who are able to choose these classes because of seniority-and lower class sizes in K-3 created the foundation on which student progress in elementary schools and onto middle and high schools has been built. When I talked about this, I got no response from Steve. Maybe he was taking the classic bad reporter approach: My mind is made up-don't confuse me with facts and figures.

Missing from the article: Any mention of UTLA's reform efforts. He makes it sound as if we are still in the dreaming stage, even though I detailed for him the UTLA-supported Belmont Pilot Schools Zone of Choice and the Woodland Hills Academy ESBMM model, which put teachers at the center of decision making. These aren't ideas on paper any more- they are reform in action. At Woodland Hills, test scores took a 51-point jump, and this is on a campus with 70 percent minority students.

Missing from the article: That charter schools are not doing a better job than public schools. I'm tired of reporters and others accepting without question the notion that charter schools are better. Two recent studies-from RAND and Stanford-have confirmed that charter schools are not doing a better job educating our students. In fact, the Stanford study showed that over a third-37 percent- deliver learning results significantly worse than would have been realized in traditional public schools. In the end, in a 1,200-plus-word column, Steve gave me a grand total of 59 words in quotes. That's not a dialogue- that's a diatribe-and the personal tone of his attacks undermined the credibility of his arguments. It's the public that loses out with unbalanced articles like these because they do nothing to enrich the debate about how to improve our schools. Steve: The L.A. community expected more from you, and you didn't deliver.