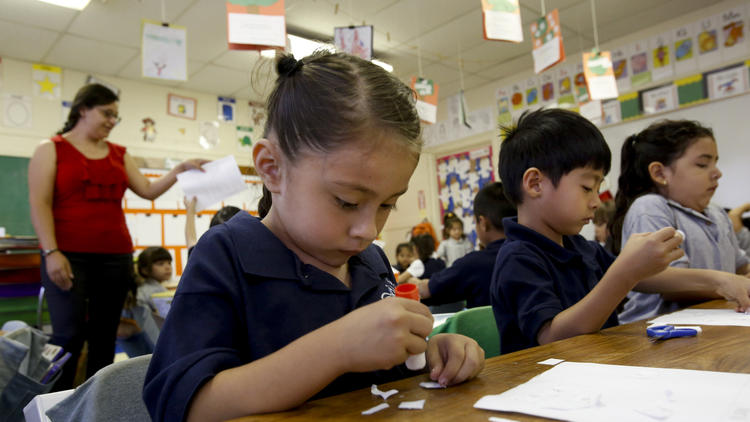 9 May 2015  ::  L.A. Unified "may have acted prematurely" in trying to shut down three Magnolia charter schools, audit finds.

A California state audit has found that a charter school organization accused of financial mismanagement by the Los Angeles Unified School District has improved its bottom line but still needs stronger controls over spending.

The audit, released Thursday by State Auditor Elaine M. Howle, also found that the expenditure of $127,000 by the Magnolia Educational and Research Foundation to process immigration papers for foreign staff was lawful and reasonable.

In addition, the audit criticized L.A. Unified for trying to shut down three campuses in Palms, Northridge and Bell using limited information and without giving Magnolia officials adequate time to respond to charges of mismanagement. It said the district "may have acted prematurely."

"What's important about this report is not just that we're being vindicated, but that LAUSD has been called to task for its unfairness and lack of professional practices," she said.

"I am glad this charter chain is fixing up its act. It is too bad it took this much effort to force them to do so," he said in a statement. "Charters in California live by very few rules but one is that they need to keep clean books."

In a statement, the district said it "acknowledges the actions on the part of the new leadership of Magnolia Public Schools to address the substantive concerns" and said it would continue to monitor the organization as legally required.

L.A. Unified sought to close the campuses after an outside audit performed last year alleged that the organization was $1.66 million in the red, owed $2.8 million to the schools it oversees and met the federal definition of insolvency. The Palms academy also was insolvent, the audit said.

In addition, the review alleged fiscal mismanagement, including a lack of debt disclosure, weak fiscal controls over the principals’ use of debit cards and questionable payments for immigration fees and services.

The statewide charter organization, which enrolls 4,000 students in 11 academies focused on science and math, denied the allegations and sued the district last year to overturn the decision to close the campuses. In March, the district agreed to keep the schools open under a legal settlement.

Charters are independent, publicly funded campuses; most are nonunion.

The audit found that some of L.A. Unified's concerns had merit. It confirmed that some of the academies were insolvent at points in the last three fiscal years, in part because of delays in state funding, but that all were back in the black. It also questioned 52 of 225 transactions reviewed, the financial relationship with one vendor and controls over fundraisers.

Young, who was hired in January, said her new leadership team has moved swiftly to address the concerns. Magnolia's improvements, she said, include a new chief financial officer and controller, stronger controls over spending and staff training. Under the legal settlement with L.A. Unified, the charter chain also agreed to submit to fiscal oversight by a state financial management organization.

I love “finds improvement” as the operative phrase here. Some pundit once observed that you always find what you’re looking for in the last place you look for it.

The audit says the schools were insolvent. They probably  were  insolvent when LAUSD said they were insolvent; they may have been insolvent before Caprice Young - and I suspect, some added cash -  were infused into the system.

Caprice+Ca$h similarly saved the failing ICEF schools, back in that day. Marx said that history repeats itself; first as tragedy, next as farce.  Break out the slapsticks and clown noses.

Most interesting is the auditors’ finding that that the expenditure of $127,000 by the Magnolia Educational and Research Foundation to process immigration papers for foreign staff was lawful and reasonable. That means that the auditor believes that Magnolia/Gülen’s pattern of importing foreign teachers [http://bit.ly/1dU0W4c]  is fiscally and administratively legal – but the question of whether it’s wise policy or politics -  or ethical practice - is still outstanding.

The message here is that there's nothing wrong with charter schools that can’t be fixed by some more money and competent professional leadership. All together now: “Duh!”

Caprice Young ran ICEF and is now at Magnolia. Marlene Canter is running Green Dot. I seem to recall that both Caprice and Marlene were at odds with the respective founders of those two charter chains when they were on the school board.  The concept of charter school independence and local control seems shattered when it takes a former school board president brought in as a deus ex machina to save the day and create “improvement”.