The average pay for LAUSD coaches works out to less than minimum wage, district official tells Board of Ed’s  Curriculum, Instruction, and Assessment Committee

In LAUSD, with more than 30,000 students in athletics, only six of 83 high schools have athletic trainers 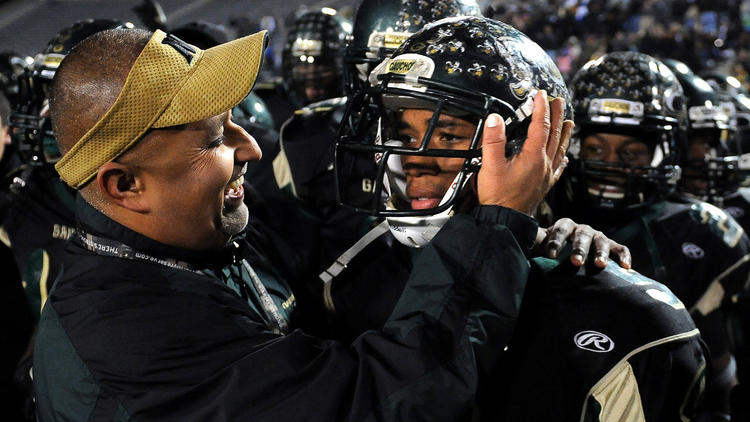 May 3, 2015  ::  After hearing an overview of the state of athletic programs in the Los Angeles Unified School District, audience members at a presentation to a Board of Education panel didn't know whether to laugh or cry.

LAUSD teams have produced Hall of Famers such as John Elway, Don Drysdale, Ozzie Smith and Warren Moon from a community that the Lakers, Clippers, Dodgers, Kings and Galaxy call home. But the news from the district was discouraging.

Here are some of the details provided by Trent Cornelius, the district's coordinator of athletics, at the presentation last week:

One committee member described the situation as "very depressing." 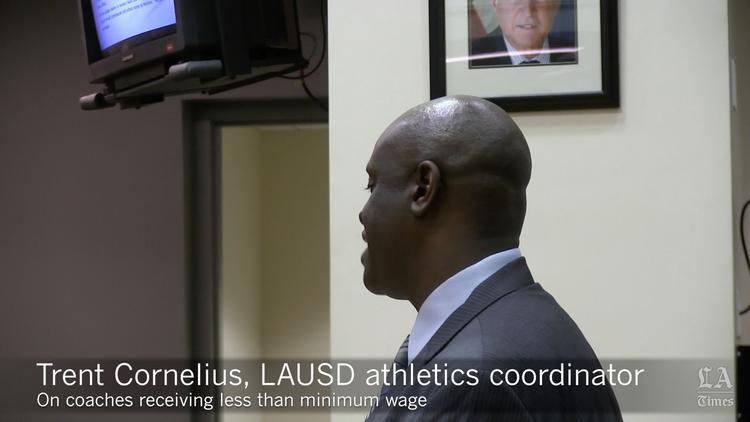 "We cannot afford to lose the athletics program any more than we can afford to lose or diminish the arts program," board member George McKenna said, "but we've done it anyway."

McKenna said that if he had "cash," he'd turn it over to Cornelius. But the money isn't there. Board member Monica Ratliff asked for the public to submit ideas on how to improve things. Other than seeking help from professional teams to provide support — and good luck on that — there were no responses from the committee.

How did LAUSD athletics get to this state?

It starts with a lack of support from the upper management of LAUSD, even though its sports programs have produced some of the most positive news and achievements for a district known for scandals.

And the teacher's union, United Teachers Los Angeles, can't negotiate for the many non-teachers coaching in the district.

A decision to ban student stores from selling candy and sodas on campus decimated student body funds that helped pay for uniforms, equipment and officials fees.

Asked if stipend pay dropping below minimum wage is legal, a district spokeswoman said, "We believe the stipend pay is not only consistent with the law but also practice among school districts."

It sure isn't practice among a growing number of charter schools, such as El Camino Real and Granada Hills, which pay coaches far more. And then there are the private schools, many of which spend big bucks on athletics.

Coaches are already taking on increased workloads, from fundraising to instructing year-round, because that's what it takes to be competitive these days. However, there's only so much dedication a coach can have before he or she is forced to say, "Enough."

"Is it egregious? Absolutely. Is it embarrassing? Absolutely," Narbonne Football Coach Manuel Douglas said of receiving a stipend that works out to below minimum wage.

"For me, I don't worry about what I don't have, and I work on ways of finding things we do need."

It has gotten to the point that if LAUSD doesn't take action to improve, parents are going to abandon the district by exercising their right of school choice. And they should.

The divide between the haves and have nots is only going to increase. Schools with principals who care about extracurricular activities and coaches who know how to attract community support will be the last ones standing in a district that continues to fall further behind.