LAUSD CHARTER GROUP GAVE FOOD CONTRACT TO AN EMPLOYEE’S FIRM: School Board candidate Ref Rodriguez’ PUC Schools partnered with Better 4 You Meals, a company partially owned by one of its employees 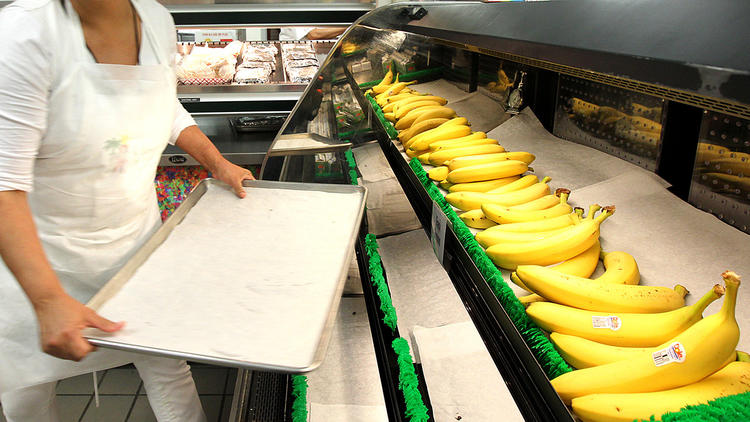 Lunchtime at an L.A. magnet school. (Christina House / For The Times) ●●smf notes: This is a piece of editorial misdirection; magnet schools have absolutely nothing to do with this story!

May 2, 2015 8:08pm  ::  A Los Angeles-based charter group awarded food-service contracts worth millions of dollars to a company partially owned by one of the schools' high-ranking employees, a state investigation has found.

The probe involved Jacqueline Duvivier Castillo, who is the director of business and development for PUC Schools and a part-owner in Better 4 You Meals, a company that has provided food to the charter group for the last five years. Investigators said the charter failed to demonstrate that the contract was "awarded properly despite the apparent conflict of interest."

Late Saturday, the charter organization said in an email to The Times that Duvivier Castillo would no longer be an employee of PUC. 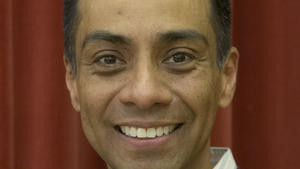 "This move will allow her to focus on her business full-time and will remove any perception of conflict with our schools," the PUC statement said. "While we in no way believe that Ms. Duvivier influenced our decision-making process, full disclosure and transparency are of utmost importance to us as an organization."

The state Department of Education, which released emails and documents about its investigation to the Los Angeles Times under the California Public Records Act, also found:

One of the area's largest charter groups, PUC serves about 4,800 students in 15 schools, including in the east San Fernando Valley and north of downtown. PUC's test scores typically compare well with nearby traditional neighborhood schools. It recently started a national organization that opened a campus in Rochester, N.Y.

Duvivier Castillo did not respond to requests for comment.

The head of Partnerships to Uplift Communities denied wrongdoing, but said the charter organization is taking the state's findings seriously and plans to comply.

"We have always run a competitive bid process that we believe is legal and is within the realm of how it's supposed to be done," said Chief Executive Jacqueline Elliot. "We were not aware of Jackie's personal involvement in Better 4 You. All we were aware of was that the procurement process was done appropriately."

The charter organization was co-founded by L.A. Unified school board candidate Ref Rodriguez. Rodriguez is on the charter group's board of directors and works part-time as its treasurer.

●●: “Part time” or no, the treasurer is a corporate officer – not an employee as a a CFO can be – charged with managing corporate financial affairs.

“We were not aware of Jackie's personal involvement in Better 4 You. All we were aware of was that the procurement process was done appropriately”. - Jacqueline Elliot, PUC chief executive.    …except that it apparently wasn’t!

He is vying to unseat one-term incumbent Bennett Kayser in an expensive, hard-fought contest for a spot on the Los Angeles Board of Education. The election is May 19.

Better 4 You Breakfast, the company's original name, contributed $2,200 to the Rodriguez campaign and Duvivier Castillo received $1,700 this year for work as an election consultant, according to campaign finance reports.

The state investigation began before Rodriguez announced his candidacy.

Rodriguez declined to answer questions about the state investigation, but issued a statement saying that he backs the decision to terminate the agreement, particularly because he supports "public transparency around our schools and our decision-making."

State officials did not determine who was at fault for the charter issues. Charter schools are publicly funded and independently managed.

Most of PUC's 16 schools are under the supervision of the L.A. Unified School District. Officials said Friday that the district had no record of PUC alerting it to the probe.

"I believe that PUC has a duty to report such an investigation," said district General Counsel David Holmquist. "We look forward to reviewing those results as soon as they are available and will take the appropriate action."

Duvivier Castillo had made $96,597 annually.

"Just as Ms. Castillo failed to disclose her interests on the annual disclosure forms, she likewise has not recused herself from administration of the B4U contract. Henceforth, PUC will assign other staff to carry out this duty," Elliot wrote to state officials in December.

Tax documents for 2010 list the company as a vendor in filings signed by Rodriguez or Elliot. PUC, the documents said, was "party to a business transaction" with a "key employee."

The charter's tax returns for 2012, however, no longer listed the company as a vendor.

Company documents provided by the state show that Duvivier Castillo's husband, Fernando Castillo, is a top official with the company, which provides meals for students at more than 100 charter and private schools.

Annual audits paid for by PUC and released by the state indicated charter officials knew of the alleged conflict of interest.

"Additionally … PUC has signed a contract with a company that is one hundred percent owned by PUC's director of business and development," the PUC audit said. "PUC's management believes that all transactions, including the bidding process, were done in arm's length."

Charter officials reported to the state that Duvivier Castillo had a controlling interest in the company until 2014. She and her husband now have 19% stock ownership, charter officials said.

The company received several contracts from the charter organization, frequently failing to receive the highest score from panels reviewing the bids, according to a state analysis. Elliot said that other companies also received food contracts and that PUC hired Better 4 You because it had the best ideas and most complete understanding of how to run a breakfast program. The decision was not based on a track record; she said she was not aware of any work the company had done elsewhere and that it may have been a start-up.

The company did not make meals or have its own health permit until last year, instead partnering with another business that was responsible for food storage, handling and delivery. But Elliot said she was assured that the other company's health permit would cover legal requirements.