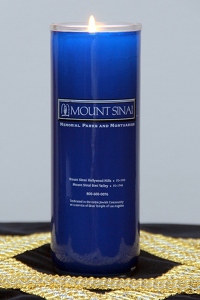 He went into the hospital and had a procedure and everything was fine and then it wasn’t.

He was a father and husband and grandfather and uncle and friend. He was a teacher and an administrator and union honcho at AALA and ACSA. Maybe he was a fixer; certainly he was a mensch.

He was one of those who quietly-but-not-silently holds up his end of the world  Jack held office-in and did  business-from the A level cafeteria at Beaudry – dispensing wisdom, counsel and jokes from a table where there was always room for another chair.  He was a reassuring presence – if Jack was on it there was hope.

Hope is neither a strategy nor an outcome. Jack accused me of poetry last Sunday – and Ms. Dickenson  ….the dream we had, pressed in organdy and clothed in crinoline of smoky burgundy said that Hope is that thing with feathers.

On Monday it flew home.

His obituary is brief. His heart was huge. The candle he lit illuminated the darkness and filled the world with a warm glow. Jack Moscowitz lit a lot of other candles, made us all think and laugh and ponder other more important things – like educating all these kids.

It is the Jack Moscowitzes of this and all other worlds that form that Glow at the Edge of the Universe that the astrophysicists find because they look – and because the Big Bang goes on and on and on.