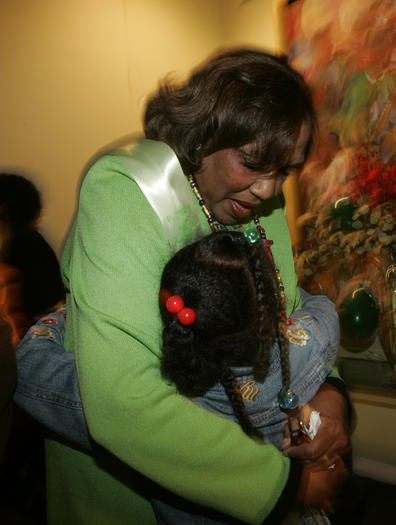 The Board of Education is scheduled to decide Tuesday how they will fill a vacancy created by the passing of LaMotte, 80, who was found unresponsive in her hotel room while representing the school system at a conference in San Diego.

The board has two choices, according to the L.A. city charter, under which the school system operates. It can appoint a replacement or call a special election.

Those favoring an election are school board president Richard Vladovic, as well as board members Monica Garcia and Tamar Galatzan.

Board member Bennett Kayser said he favors appointing a replacement. He raised concerns about LaMotte's district lacking a voice for crucial decisions in the coming months and about the cost of a special election.

Monica Ratliff said she is leaning toward an appointee, while Steve Zimmer said he is undecided.

"Both of these options are unacceptable for different reasons," he said. "I’m listening to all perspectives from the community.”

Some district officials said they are not sure what would happen if the board fails to achieve a four-vote majority. Others said a special election would then occur by default, although not as quickly as with a board action.

The power vacuum has led to substantial maneuvering over the office, which represents much of South and southwest L.A. The seat has been controlled for years by black voters. LaMotte was the only African American on the board.

One contingent of community groups is pushing for the appointment of retired senior administrator George McKenna, 72, who served for six years as superintendent of Inglewood Unified.

McKenna spent most of his career in L.A. Unified, where he once was the subject of a movie about his efforts as principal of Washington Preparatory High School. He most recently served as a regional superintendent within L.A. Unified.

His backers suggest McKenna could serve out the last 18 months of LaMotte's term and then stand down for the winner of the next regular election, who would take office in July 2015.

"If the community indicates their support for me to replace a board member with whom I had a long relationship, I would consider that strongly," McKenna said Friday. "The final decision is up to the Board of Education. I don’t want to interfere with this process.”

Others in the community, including L.A. County Supervisor Mark Ridley-Thomas, Congresswoman Karen Bass and City Councilman Herb Wesson, are pushing for an election.

Ridley-Thomas said it was important to respect the democratic process, and he didn't want an appointee to have the advantage of incumbency leading into an election. He noted that neither McKenna nor anyone else would be legally obligated to hold to a proactive pledge not to run for the office.

Depending on the timing of the election, the winner could serve as little as seven months, but Ridley-Thomas insisted that was a worst-case scenario. If an election was quickly scheduled and a candidate received a majority of votes in a primary, a winner could be determined as soon as March.

The winner could play a pivotal role on the board, which is divided in general and also of mixed mind on the policies of activist Supt. John Deasy.

LaMotte was the only board member to give Deasy an unsatisfactory annual job evaluation, but other board members had joined her in challenging some of his decisions and policies.