by Diane Ravitch, from her blog | http://bit.ly/1bxB8mi

Diane Ravitch wrote: Earlier today, Ben Austin wrote an open letter to me on Huffington Post. He expressed dismay about my characterization of him and his group Parent Revolution. Read his letter here.

Here is my reply:

Thank you for your invitation to engage in dialogue in your letter posted on Huffington Post.

You probably know that I have been writing a daily blog for the past fourteen months and during that time, I have written over 4,000 posts. I can’t remember any time when I have lost my temper other than when I wrote about your successful effort to oust an elementary school principal in Los Angeles named Irma Cobian. 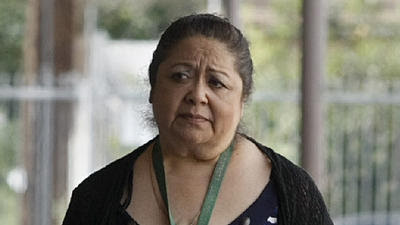 I apologize for calling you “loathsome,” though I do think your campaign against a hardworking, dedicated principal working in an inner-city school was indeed loathsome. And it was wrong of me to say that there was a special place in hell reserved for anyone “who administers and funds this revolting organization that destroys schools and fine educators like Irma Cobian.”

As I said, I lost my temper, and I have to explain why.

Your organization sent in paid staff to collect signatures from parents. The teachers in the school were not permitted to express their opinion to parents about your efforts to fire their principal. When you succeeded in getting her fired, 21 of the 22 teachers on staff requested a transfer. That suggests that Cobian has the loyalty of her staff and is a good leader.

Who is this woman that you ousted?

All I know about her is what I read in this article in the Los Angeles Times.

It said: “More than two decades ago, Cobian walked away from a high-powered law firm to teach. The daughter of Mexican immigrants, she said she was inspired by a newspaper article about the low high school graduation rates of Latinos and wanted to make a difference.

“Her passion for social justice led her to Watts in 2009.”

Irma Cobain is now in her fourth year as principal of the school, and you decided that her time was up.

What did her teachers say about her?

“Joseph Shamel called Cobian a “godsend” who has used her mastery of special education to show him how to craft effective learning plans for his students.”

“Fourth-grade teacher Hector Hernandez said Cobian is the first principal he’s had who frequently pops into classrooms to model good teaching herself. Recently, he said, she demonstrated how to teach about different literary genres by engaging students in lively exercises using characters from the “Avengers” comic book and film.”

When Cobian arrived at the Weigand Avenue Elementary school four years ago, she found a school with low test scores, low parent involvement, and divisiveness over a dual-language program. “All the students come from low-income families, more than half are not fluent in English and a quarter turn over every year,” the Los Angeles Times story said.

Cobian decided to focus on improving literacy and raising morale. She certainly won over the faculty.

The day after Cobian learned about the vote removing her, she went to a second-grade classroom to give prizes to children who had read 25 books this year. She cheered those who met the goal and encouraged those who were trying. But she could not hide her sadness.

“I need happiness today,” Cobian told the bright-eyed students. “What do I do when I’m sad?”

“Come here!” the students sang out.

For a moment, her sadness gave way to smiles. But later, she said: “I am crushed.”

Ben, how did you feel when you read that? I felt sad. I felt this was a caring and dedicated person who had been singled out unfairly.

Ben, I hope you noticed in the article that Dr. John Deasy, the superintendent of schools in Los Angeles, praised the plan that Cobian and her staff developed for improving the school. He called it a “well-organized program for accelerated student achievement.” He thanked Cobian for her commitment and hard work.” But you decided she should be fired.

Ironically, the parent who worked with you to fire Cobian said she preferred Weigand to her own neighborhood school where she had concerns about bullying. Even stranger, the parents at Cobian’s school voted to endorse her plan. Your parent spokesperson said she did not like the plan because it focused on reading and writing, but she told the reporter from the Los Angeles Times that she actually never read the plan.

I understand from your letter, Ben, that you somehow feel you are a victim because of what I wrote about you. But, Ben, you are not a victim. Irma Cobian is the victim here. She lost her job because of your campaign to get rid of her. She is the one who was humiliated and suffered loss of income and loss of reputation. You didn’t. You still have your organization, your staff, and the millions that the big foundations have given you.

I am sorry you had a tough childhood. We all have our stories about growing up. I am one of eight children. My father was a high-school dropout. My mother immigrated from Bessarabia and was very proud of her high school diploma from the Houston public schools. She was proud that she learned to speak English “like a real American.” My parents were grateful for the free public schools of Houston, where I too graduated from high school. We had our share of problems and setbacks but I won’t go on about myself or my siblings because my story and yours are really beside the point. What troubles me is what you are doing with the millions you raise. You use it to sow dissension, to set parents against parents, parents against teachers, parents against principals. I don’t see this as productive or helpful. Schools function best when there is collaboration among teachers, parents, administrators, and students. Schools have a better chance of success for the children when they have a strong community and culture of respect.

Your “parent trigger” destroys school communities. True to its name, the “trigger” blasts them apart. It causes deep wounds. It decimates the spirit of respect and comity that is necessary to build a strong community. Frankly, after the school shootings of recent years, your use of the metaphor of a “parent trigger” is itself offensive. We need fewer triggers pointed at schools and educators. Please find a different metaphor, one that does not suggest violence and bloodshed.

It must be very frustrating to you and your funders that–three years after passage of the “parent trigger” law– you can’t point to a single success story. I am aware that you persuaded the parents at the Desert Trails Elementary School in Adelanto, California, to turn their public school over to a privately operated charter. I recall that when parents at the school tried to remove their signatures from your petition, your organization went to court and won a ruling that they were not allowed to rescind their signatures. Ultimately only 53 parents in a school of more than 600 children chose the charter operator. Since the charter has not yet opened, it is too soon to call that battle a success for Parent Revolution. Only the year before, the Adelanto Charter Academy lost its charter because the operators were accused of financial self-dealing.

But, Ben, let me assure you that I bear you no personal ill will. I just don’t approve of what you are doing. I think it is wrong to organize parents to seize control of their public school so they can fire the staff or privatize it. If the principal is doing a bad job, it is Dr. Deasy’s job to remove her or him. I assume that veteran principals and teachers get some kind of due process, where charges are filed and there is a hearing. If Cobain was as incompetent as you say, why didn’t Dr. Deasy bring her up on charges and replace her?

I also have a problem with the idea that parents can sign a petition and hand their public school off to a private charter corporation. The school doesn’t belong to the parents whose children are enrolled this year. It belongs to the public whose taxes built it and maintains it. As the L.A. Times story pointed out, one-quarter of the children at Weigand Avenue Elementary School are gone every year. The parents who sign a petition this year may not even be parents in the school next year. Why should they have the power to privatize the school? Should the patrons of a public library have the power to sign a petition and privatize the management? Should the people using a public park have the right to take a vote and turn the park over to private management?

We both care about children. I care passionately about improving education for all children. I assume you do as well. You think that your organized raids on public schools and professionals will lead to improvement. I disagree. Schools need adequate resources to succeed. They also need experienced professionals, a climate of caring, and stability. I don’t see anything in the “trigger” concept that creates the conditions necessary for improvement. Our teachers and principals are already working under too much stress, given that schools have become targets for federal mandates and endless reforms.

I suggest that educators need respect and thanks for their daily work on behalf of children. If they do a bad job, the leadership of the school system is responsible to take action. What educators don’t need is to have a super-rich, super-powerful organization threatening to pull the trigger on their career and their good name.

Ben, thanks for the open letter and the chance to engage in dialogue. If you don’t mind, I want to apologize to Irma Cobain on your behalf. She was doing her best. She built a strong staff that believes in her. She wrote a turnaround plan that Dr. Deasy liked and the parents approved. Ms. Cobain, if you read this, I hope you can forgive Ben. Maybe next time, he will think twice, get better information, and consider the consequences before he decides to take down another principal.