Sandra Day O'Connor addresses students at a discussion of civics at the Ronald Reagan Presidential Library. "I want to educate several generations of young people so we won’t have the lack of public knowledge we have today," the retired Supreme Court justice said. (Arkasha Stevenson / Los Angeles Times / December 12, 2011)

December 27, 2011 ::  Only about a third of American adults can name all three branches of government, and a third can't name any. Fewer than a third of eighth graders could identify the historical purpose of the Declaration of Independence.

This slim knowledge of civics — and the potential risk it poses to American democracy — captured the attention of retired U.S. Supreme Court Justice Sandra Day O'Connor.

During a recent trip to Los Angeles, she talked up iCivics, an expanding online program aimed at middle school students.

The free curriculum includes lesson plans and games that are linked to subjects and skills that various states require students to master. The program also promotes public service projects.

O'Connor launched the effort that became iCivics in 2006, the year she retired from the court. It initially focused on the judicial branch alone, but "it became apparent pretty quickly it was needed across the board," she said. 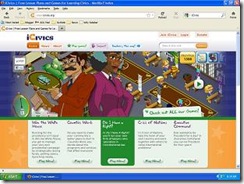 "It's very disturbing," said O'Connor, 81, the first woman to serve on the nation's highest court. "I want to educate several generations of young people so we won't have the lack of public knowledge we have today."

Nationwide, her work has influenced a new civics education law in Florida and pending legislation in Kentucky and Tennessee.

Civics education involves explaining the structure of U.S. government, including the meaning and influence of the Constitution and its evolution over time. Advocates also emphasize the importance of getting students to engage in the democratic process, said Kathleen Hall Jamieson, director of the Philadelphia-based Annenberg Public Policy Center.

Limited knowledge about the three branches of government — executive, legislative and judicial — emerges starkly in Annenberg surveys, which also found that 15% of adults correctly named John Roberts as United States chief justice, but almost twice as many (27%) could identify Randy Jackson as a judge on the television show "American Idol."

"There is a base level of knowledge that is out there," enough to keep the country functioning, said Jamieson, "but it's a lot baser than some would like."

One problem may be a consequence of the federal No Child Left Behind Act, which emphasized reading and math instruction with required testing.

"Schools that were including basic social studies education started to reduce the time spent on that subject," said Deborah Genzer, former co-director of the California Campaign for the Civic Mission of Schools. "It's become a dire situation, really, especially at schools that are struggling to get their scores up in English language arts and math and have just cut out other subjects."

California students have suffered from that national trend, experts said, although they still are required to take three years of social studies in high school.

Civics education, which used to be commonplace, has been undermined by other forces, including erosion of broad support, according to a recent report prepared by Annenberg and the Civic Mission of Schools campaign, a coalition of 40 organizations. Skeptics on the left feared a narrow indoctrination into mores that deserved to be questioned. Critics on the right perceived a bias toward liberal activism.

The iCivics effort avoids ideological battles, but its games delve deeply into government process. In one, a player can take on the role of president, addressing Congress, choosing policy priorities, managing federal departments and selecting legislation to sign or veto.

Another game allows students to step into the role of advocate on famous Supreme Court cases, many of which resonate still, such as Brown vs. Board of Education in 1954, which outlawed segregation but failed to accomplish full integration.

Even students who lack Internet access at home have proved adept at picking up technology and games. Learning through online games tends to work because it uses "the students' language, challenging their critical thinking in the milieu of what they're used to," said Lynne Goldfarb, a USC assistant education professor.

Researchers from Mills College in Oakland found that 43% of youths reported playing games in which they help run a community, city or nation; 40% report learning about a social issue. Some games, including Urgent Evoke and InterroBang, present players with civic challenges in a fictional world, said Ellen Middaugh, research director for the Mills' Civic Engagement Research Group.

O'Connor said her efforts were spurred in large measure by political attacks on judges, which she views as an offshoot of civic ignorance.

Then there was the gaffe by Republican presidential candidate, Texas Gov. Rick Perry, who recently misstated the number of justices on the U.S. Supreme Court.

"It shows you our civics education isn't so good, doesn't it?" O'Connor said.