This year marks the band’s 40th consecutive appearance in the world famous parade. Next year’s not in the budget. 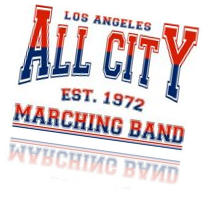 "Jackson, a proud graduate of University High School in the LAUSD, will officially welcome the band to all of the Tournament of Roses events (the Rose Parade and Band Fest)," according to an LAUSD release.

The All-District Marching Band, made up of 45 LA County high schools, will also salute 2012 Rose Parade Princess Sarah Zuna—the first student from the LAUSD to sit as a member of the coveted Rose Parade court.

The band will celebrate 40 years appearing in the Tournament of Roses at the 123rd annual event on Jan. 2, 2012.

You can make a DONATION HERE.

Since 1973, the Los Angeles Unified School District All District High School Honor Band has been involved with the Tournament of Roses Parade and other special high profile events.  Representing the students, teachers, administrators and employees of the second largest school district in the nation, the band is one of four bands allowed to perform in the annual Tournament of Roses Parade.  The All District High School Band also provides LAUSD students with the opportunity to perform in Band Fest, at Disneyland, and on other special events

Why was the band created?

John Deichman, the District’s Director of Performing Arts in 1973, along with teachers Don Dustin and Frank Harris, created the concept of the All District Band.  There were a couple of reasons for this band’s creation. First, the Tournament of Roses Parade, considered to be one of the most prestigious parades in the world, had representation from the LAUSD every other year only if a band was good enough to pass the audition process. Second, bands are not allowed to march in this prestigious parade unless they have a minimum of 100 student musicians. Before the LAUSD All District Honor Band was created, only a few LAUSD high schools such as Granada Hills, Locke and Taft had the capacity to field the minimum number. When the idea of an All District Band that would allow brass and percussion musicians from all of the high schools to participate in the Tournament of Roses Parade, Superintendent William Johnston and Director of Student Auxiliary Services Gordon Trigg, immediately and strongly supported this idea.

The band brings students from all four corners of our District together for one common goal, to represent the Los Angeles Unified School District at a high profile event in the finest manner possible.  Bringing students from East Los Angeles, South Los Angeles, the Harbor Area, and the Valley together to work and perform is very powerful and rewarding experience for all involved. All racial and ethnic backgrounds are represented in this truly unique program.

The All City Band also provides high school students with the opportunity to develop important life skills including teamwork, character development, dedication, and collaboration. Anthony White, the current Director of the All City Band, also incorporates discussions of tolerance and cultural diversity into the activity.

After participating in the All City Band, students often state how proud they are to have been given the chance to represent their school district in front of so many city, state, and national organizations.  They have also expressed how grateful they are to have had the opportunity to work with and establish friendships with students from other schools and areas of the city.

Character is often shaped and developed throughout this program. This unique and exciting experience has helped to shape the careers of many of the students who were involved. According to current Director Anthony White, many former students who participated in the All City Band are now teachers and musicians.

Why no woodwind instrumentalist?

The idea of an all brass and percussion ensemble was created specifically for the Tournament of Roses Parade in order to entertain its large audience both on Colorado Boulevard and on television with a high energy, exciting, and unique sounding band. The band’s goal, according to Anthony White, is to be the strongest sounding group in the Tournament of Roses Parade.  This is achieved by teachers recommending their top trumpet, trombone, mellophone, baritone, and sousaphones musicians. All other positions (shields, drum majors, percussionist and tall flags) must audition.

The question often arises as to why there are no woodwind instruments included in the All City Band. The reason why the All City Band is a constant in the Rose Parade is because it does not sound like all of the other bands. It is a favorite of the Tournament of Roses Committee because of this uniqueness.

Where has the band performed?

-The Band has performed for the following organizations/ and or events: