A few hundred students from Bravo Medical Magnet High School in Boyle Heights will trudge over four miles through whizzing downtown streets today. Fittingly, the brave urban hike will end in a plea to local Board of Education members:

Don't you dare take away our school bus.

Though some student marches to Los Angeles Unified School District headquarters in the past have been engineered by the California Teachers Association to put kids' faces on endangered adult jobs recent Bravo graduate (and walkout organizer) Alberta Roacho tells us today's protest is for the students, by the students.

So "we're hoping board members will hear us out" at their 1 p.m. meeting today, Roacho says. However, these high-schoolers may be preaching to the choir: LAUSD Superintendent John Deasy already plans to sue the state if $188 million in cuts to the district are approved today.

The Daily Breeze reports this morning that Deasy will "ask a judge to block a $38 million cut to student busing, a system he said is key to complying with court orders to desegregate schools and serve special-education students."

He tells the Breeze: "I am not leaving children with special needs without transportation come January or violate the consent decree about segregation."

(Sounds straight from the mouth of L.A.'s more full-time bus advocacy group. The Bus Riders Union is constantly trying to sue Metro for "racist" cuts to the bus system amid subway and bicycle bolstering, making the similar argument that L.A.'s poorest residents are hit hardest.)

But seeing as lobbying in Sacramento is out of the question for a bunch of Boyle Heights high schoolers today, a symbolic sidewalk brigade to downtown L.A. will have to do. 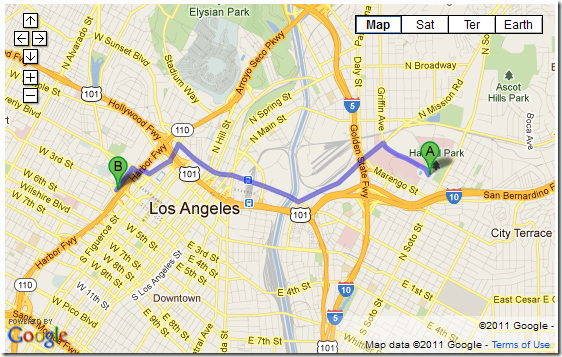 Roacho says that Bravo administrators "don't want students to walk out. A lot of seniors won't, because they want to walk at graduation." Still, she says 200 to 400 students are expected to take the risk of storming today's board meeting -- as well as some compatriots from Downtown Magnets High, and Wilson High to the north.

"I don't have to explain what it's like to walk across some parts of this city," Deasy told the Breeze of the bus cuts. Guess these miniature LAUSD occupiers will find out today what they could be in for, if their transportation system indeed falls victim to the state guillotine.

Support the cause. Sign the online petition to stop cuts on transportation for schools in LAUSD.