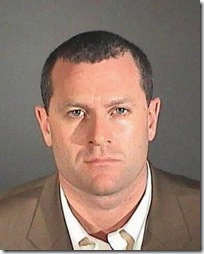 Steve Thomas Rooney, 40, entered his plea to three counts of lewd acts with a child and one count of unlawful sexual intercourse.

He was was taken into custody without bail after the hearing. He is expected to receive an eight-year prison term when he is sentenced Sept. 15.

Rooney is also expected to be ordered to submit to AIDS testing and to register as a sex offender for life, officials said.

The charges involved two girls he met at Foshay Learning Center in South Los Angeles, where Rooney initially worked as a teacher and later became the dean of students; and two other girls he met at Markham Middle School, where he worked as an assistant principal.

Rooney was initially charged with 13 felony counts involving three teenage girls, including a former Foshay Learning Center student who testified at a May 2008 hearing that she began dating him in 2005, when she was 15, and had a relationship with him that lasted about 1 1/2 years and included a pregnancy that ended with a miscarriage.

At the hearing in which Rooney was ordered to stand trial, the other two girls testified that they met Rooney while he was working as an assistant principal at Markham Middle School in early 2008.

One of the girls, who was 13, testified that Rooney repeatedly told her that he loved her, took her on a motorcycle to his apartment and ignored her protests that she didn't want to have sex.

The other girl, a 15-year-old, testified that Rooney had grabbed her buttocks in his office on one occasion and her breasts on another occasion, and kissed her breasts in another instance.

In June, Rooney was ordered to stand trial on five more felony counts involving a fourth teenage girl, who is now 19.

The girl testified that she and Rooney kissed twice at Foshay Learning Center - including once in an office that didn't belong to Rooney - and that he picked her up by her house on one occasion and they went to a park where they "started making out."

She said "everything was consensual," and that she wasn't sure how old she was at the time, although the criminal complaint alleged the conduct occurred between June 2004 and June 2006, beginning when she was 14 years old. She said the two didn't have sex.

The girl acknowledged that she initially told a police investigator that nothing happened, and that she only spoke up after being contacted by an attorney. But she said she did not want to be a plaintiff in any lawsuit against the Los Angeles Unified School District.