11:51 AM | August 5, 2009 -- A veteran Los Angeles Unified fifth-grade teacher is being held today on suspicion of sexually assaulting a 10-year-old student.

Forrest Stobbe, 39, taught at Queen Anne Elementary School in the Mid-Wilshire area for 13 years, according to a district spokeswoman. He was arrested Tuesday at his home in North Hollywood, according to Los Angeles Police Department officials. Stobbe was booked on child abuse charges, and his bail has been set at $1 million.

The student told his parents last week that he had been assaulted several times, according to police. Police and school district authorities are investigating whether there are additional victims. 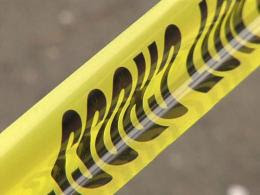 An LAUSD employee is arrested on suspicion of child molestation.

Detectives with the LAPD's Juvenile Division's Sexually Exploited Child Unit arrested 39-year-old Forrest Stobbe around 8:15 a.m. without incident, as he was leaving his home in the 11200 block of Otsego Street in North Hollywood. He was booked on child abuse charges and is currently being held in lieu of $1 million bail.

The unidentified victim, who is now 11 years old, told his parents that he had allegedly been sexually assaulted by Stobbe on several occasions, police said. The parents then notified police about the alleged abuse.

Police served search warrants on Stobbe's residence and at Queen Anne Elementary School in the Wilshire District. Detectives reportedly found evidence in their searches that supported the boy's allegations.

LAPD is partnering with the LAUSD to identify any other possible victims.

Anyone with information about this case was asked to call the LAPD toll- free at 877-LAPD-24-7 or by texting CRIMES (274637) and beginning the text message with the letters L-A-P-D.