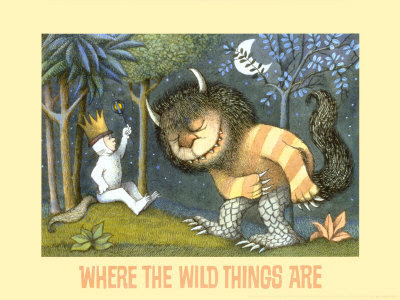 a tale of a rebellious boy with a monstrous imagination.

Oda, Sendak's principal, saw the moniker as symbolic of the creative learning community she hoped to create at the new school. Test scores rose, parent involvement increased, teacher morale soared and Oda began to think her mission was complete.

Until last month, when the Los Angeles Unified School District warned of up to 8,500 layoffs of teachers and staff to cover a massive budget deficit. While the layoff plan approved by the school board last week managed to save nearly 2,000 teaching jobs, many elementary schools, like Sendak, are bracing for an uncertain future.

Not only do they stand to lose staff, they're not at all certain how or when it will all take place.

"In 32 years, this is the least-clear time I've ever seen at a school," Oda said.

Current plans call for Sendak to lose seven of 36 teachers and staff - some of the best and brightest - and seniority rules could force former teachers, who had left the classroom years ago for desk jobs, into some of those vacant positions.

"I don't know where my people are going to land," she said. "The cost has been a feeling of betrayal."

Under the district's layoff plan, hundreds of teachers will be shuffled and thousands could be laid off. Early retirement incentives and a plan to allow schools to use federal stimulus money to buy back laid-off teachers could save some more jobs. But even those saved positions would be handed out based on seniority rules.

In the meantime, principals are struggling to plan for next year with little information as they try to prepare themselves and their staffs for the emotional fallout of losing crucial members.

Sendak is set to lose five teachers and two academic coaches, while an assistant principal will go part-time, according to the district's plan. The school still doesn't know exactly how many office employees, custodians and cafeteria workers will also have to go.

"When you build a school, you build a family," said Cindy Sarmiento, Sendak's coordinator for Title I, a federal program for schools in low-income areas. "We don't want to let anyone here go."

District officials admit many schools are confused about the rapid changes taking place.

"There are a lot of balls still up in the air," said Vivian Ekchian, LAUSD's head of human resources.

Ekchian said she will recommend that teachers and administrators be matched up to campuses based on common interests - not just seniority. The move would help principals who need to fill vacant positions, but gives little hope to the youngest teachers hardest hit by the cost-cutting plan.

"It crushes the dream ... but I hope it's not forever," said Jannette Marin, a fourth-grade teacher at Sendak.

State Education Code and union rules require that senior teachers or administrators who are displaced can "bump" out younger teachers like Marin, who have not reached their third year of teaching in the district.

"I wish they would take into consideration your skills - if you're bilingual, if you've built relationships with parents," Marin said.

Marin's ability to speak Spanish helped her connect with her English-language learning students, but the mother of two pre-teen girls regrets that she waited until later in life to find her calling.

"I wish it wouldn't have taken me this long to get here," she said.

Kindergarten teacher Anne Marie Nagel was spared, thanks to the district's decision to rescind the pink slips of almost 2,000 permanent teachers - but Nagel could still be forced out of Sendak. Because of the district's plan to increase class sizes, her classroom could be closed, sending her to a new school in the district. If another position opens at Sendak, there is no guarantee that Nagel will get to fill it.

"They are cutting an entire generation of teachers short," Nagel said.

The position of academic coach, created years ago to address the district's failing test scores, will also be ostensibly eliminated unless principals decide to buy back the position. The move displaces 1,200 coaches, who would then return to the classroom as teachers, bumping out younger instructors.

At Sendak, that could mean Janet Beardsley, the school's math coach and a 20-year LAUSD veteran, could be bumping out one of the young teachers she helped train.

Losing teachers and reducing programs could wreak havoc on the progress made by district schools like Sendak, where test scores have been on the rise over the past four years.

In addition to teachers, administrators are also playing musical chairs as many senior district employees see their jobs get cut, forcing them to move back into the principal and assistant principal positions they once held. Also, the district wants more students assigned to school administrators - forcing some of them to oversee more than one campus.

At Sendak, Sarmiento and Oda will be all that's left of a full-time administrative staff. Cutting the leadership team from five to 2<MD+,%30,%55,%70>1/<MD-,%0,%55,%70>2 - including the part-time assistant principal - means more paperwork with fewer people and less time with teachers, students and parents.

"You can feel the heavy energy on campus," Sarmiento said at a recent school luncheon organized to boost the morale of teachers.

As she served up hot dogs and nachos to her staff, Sarmiento joked that next year she'd be "wearing roller skates" to get the job done.

LAUSD officials hope that an early retirement incentive will save some jobs. Longtime teachers like Gina Sutton, a 30-year district employee and preschool teacher at Sendak, are mulling the district retirement package with the deadline to file just a week away. But a weak economy is making many senior teachers hesitant.

"The teachers that are being asked to leave are super teachers, they put in so much effort in times like these," Sutton said.

"But I also have to look out for my own welfare."

Oda could also retire this year, freeing up a position. She plays out different scenarios in her head for the next school year and admits that she is not looking forward to watching the dominoes fall.

"My sister was telling me that during the Depression, teachers used to feed their students because they were the only people with secure jobs," Oda said. "I've lived long enough to see that not be true any longer."

But as the matriarch of her school family, Oda cannot pry herself away.

"I have to see them through this," she said.