MORE THAN A QUARTER OF SEVENTH GRADERS DROP OUT

Sac Bee | California by the Numbers  Posted by Dan Walters

April 9, 2009 -- More than a quarter of California youngsters attending seventh grade classes in 2001-02 failed to graduate from high school in 2007, and in one major community dropouts outnumbered graduates, according to a new statistical study by the California Dropout Research Project, based at the University of California, Santa Barbara.

The state's 480,595 seventh-graders had shrunken to 356,641 high school graduates, the UCSB researchers found. The numbers are similar to those of other dropout research projects, but UCSB's team went further, ascribing economic losses and violent crimes to the dropout phenomenon.

The project asserts that California will see $24.2 billion in economic losses, both lower wages and higher government and crime costs, from that one class's dropouts and will also experience some 28,000 more violent crimes.

In addition to computing dropout rates for the state, UCSB's data miners calculated them for 17 cities, including all of the largest ones, and found wide variances. Stockton easily had the highest dropout rate, with dropouts outnumbering graduates, 2,775 to 2,695. But Los Angeles wasn't far behind, with a 48 percent dropout rate.

The state and local dropout numbers are available here. 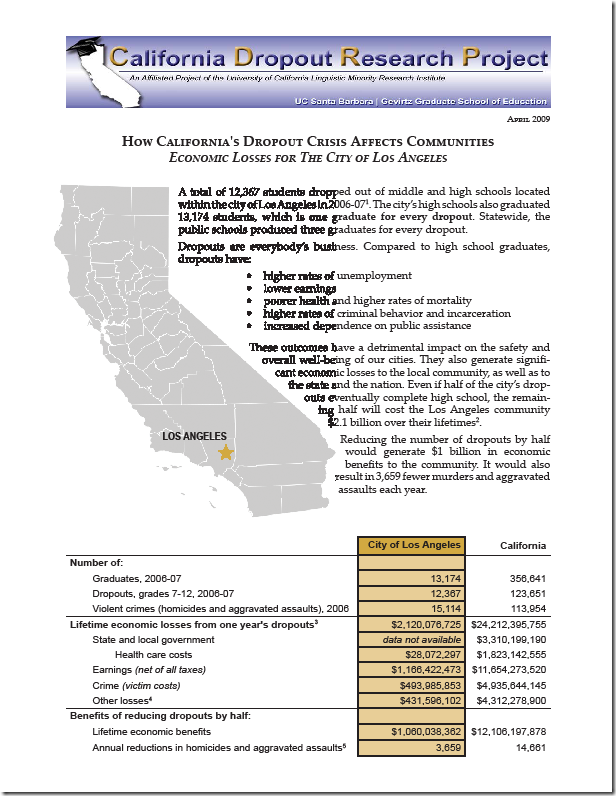 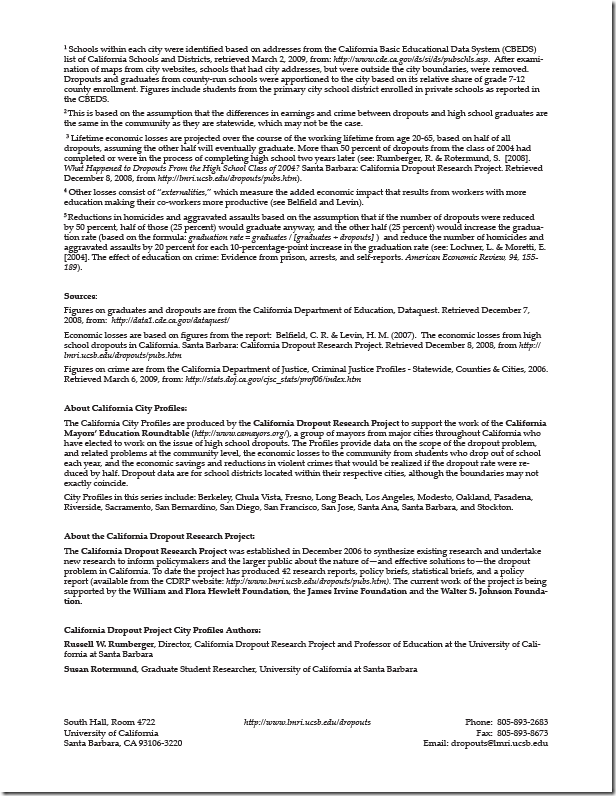