THE ULTIMATE BACK ROOM DEAL: LAUSD's new $7 billion bond provides money for everyone but the kids and teachers

By Ron Kaye From RonKayeLA.com • Ron Kaye is the former editor of the Los Angeles Daily News where he spent 23 years.

July 31, 2008 6:06 PM |Waterless toilets and solar panels bought from friends of Antonio ... $1 billion for the incompetent internet technology division ... $1 billion for schools already built with previous bond money ... $450 million to get charter school operators to keep their mouths shut ... umpteen millions for new school kitchens to produce food kids won't eat and to buy high-tech radios for campus police as if that will help them take back control of schools form gangs....

Buoyed by polls showing the public is as gullible as ever, Mayor Antonio Villaraigosa's school board unanimously approved the fifth school bond issue in a decade -- $7 billion to be paid back by taxpayers over 30 years. 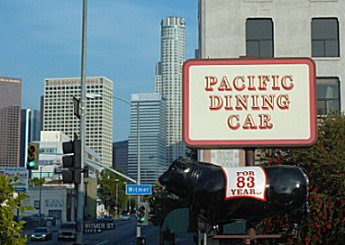 While the mayor's off partying in a faraway land, the seven board members and  Superintendent David Brewer went off the Pacific Dining Car to celebrate their triumph.

And what a triumph it is. There's something for everybody but not one cent for kids or teachers, not one cent that goes toward ending 30 years of dismal failure, not one cent that offers any hope of reducing the 50 percent dropout rate or raising the achievement level of students.

But think about who benefits from this feeding frenzy at the public trough.

But most certainly, it will be the mayor and the rest of the political entourage who will decide who gets all that money, your money.

And how, you ask does any of this educate kids or motivate teachers to do a better job?

It doesn't. That's not the goal of LAUSD. It hasn't been for decades. The district exists to serve itself -- and the circle of insiders of L.A. corrupt political culture.

The mayor promised to take over the school system and carry out massive reforms. In fact, he failed  so completely at that he has control over just nine of 700 schools, barely 1 percent. Failure without accountability breeds contempt and that's what this is about, contempt for the public that is so gullible they can be sold a fifth bond issue without any sign of significant progress in educating children.

This is a fraud. And if you look the other way and buy it, you deserve the bill you'll get now and until 2044. You should live that long. You should live to see this produce a better educated generation of public school students than the last two generation. But don't hold your breath, it isn't going to happen.

It hasn't happen with the $20 billion already invested in LAUSD through four previous bond issues and a state bond issue.

Has anyone even seen an accounting of where that money went and whether the public got what it paid for?

Junkies will say anything to get your money for their next fix. And that's all this about: A system addicted to the public's money and desperate for more.

Here's the mayor's press release on passage of the bond issue:

$7 billion November bond will create small, safe and green community schools, with $450 million in funding for construction of charters and independent schools

LOS ANGELES  - (The mayor is  actually vacationing on a trip that includes a fishing expedition to Iceland.) - Mayor Antonio Villaraigosa hailed the LAUSD Board's 7-0 vote today to place on the November ballot a $7 billion school-reform bond that will create small, safe, green and independent community schools across Los Angeles.

The Mayor issued the following statement on the vote to adopt the bond,

crafted by the Mayor, Superintendent David Brewer and LAUSD Board:

"This bond isn't about slapping another coat of paint on the problem;

it's about fundamentally transforming our district into small, safe and

"Today we have shown parents, teachers and students that we are serious

about reforming this district as we know it."

The bond for the November ballot includes:

The ultimate back room deal: LAUSD's new $7 billion bond provides money for everyone but the kids and teachers - Ron Kaye L.A.