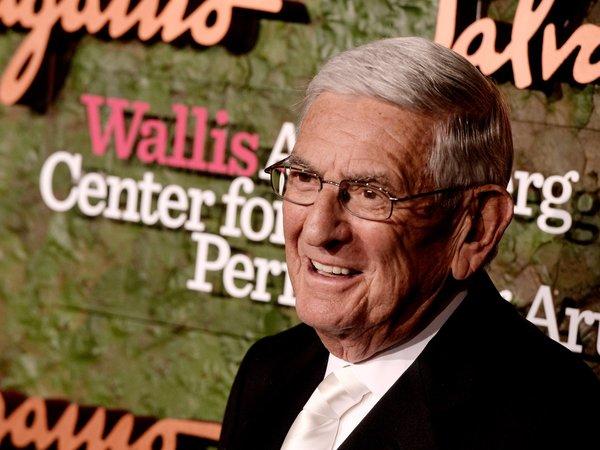 Philanthropist Eli Broad designated a $250,000 prize, given Friday in his and his wife's honor, to go to the downtown arts high school. (Kevin Winter / Getty Images / October 17, 2013)

October 18, 2013, 5:48 p.m.  ::  Philanthropist Eli Broad has donated $250,000 to the downtown arts high school, officially signaling his influential approval for a high-profile, high-cost campus that has struggled to win civic support since opening in 2009.

The gift is a significant windfall for one school, but more important than the amount was the signal that it sends to the arts and philanthropy establishment, which has never fully embraced the $232-million arts high school.

A primary reason for this distance was the example set by Broad himself, who withheld financial support over concerns about the school's management.

The direct source of the money is an award from the William E. Simon Prize for Philanthropic Leadership, that was given Friday to Broad and his wife Edythe, which they then turned over to the school. The couple was honored Friday for their wide-ranging philanthropy in education, the arts, and scientific and medical research. Over the last five decades, the Broads have set aside more than $3.5 billion in funding for favored efforts.

The terms of the prize specified that the Broads could choose the recipient of the funds.

The Cortines High School of Visual and Performing Arts has been plagued by administrative turnover, controversies over enrollment, and several episodes in which well-known figures first accepted the job of principal and then backed out.

One of these figures was Kim Bruno, head of the LaGuardia High School of Music & Art and Performing Arts in New York City, who now heads the L.A. school. She had tentatively accepted the job at least twice before, but the most recent recruitment effort succeeded.

The school has "had a rocky history," Broad said in an interview. But "It’s a great building, and now it’s got a great principal.”

He said he wanted others to follow his new-found faith in the arts program: "I hope others will support the school also."