Posted on June 17, 2013   :: The School Board will face a mini controversy tomorrow when it votes on whether or not to to purchase roughly 31,000 Apple iPad tablets at a cost to LAUSD of $30 million.

The appropriation would be the first step in Superintendent John Deasy’s ambitious plan of equipping every student and teacher with a touch-screen tablet computer.

The district received 13 bids for the contract, three of which were found to be within “competitive range.”  Superintendent John Deasy defended the decision to go with Apple. ”It is the best product that went through the bidding process,” he said.

However, the LA Times‘s Steve Lopez pointed out that Deasy appeared in an Apple video in January of 2012, promoting the use of textbooks on iPads.

“We had decided to adopt iPad technology as we were trying to provide ways for increasing student achievement,” says Deasy in the video. “They’re phenomenally going to change the landscape of education.”

And a source working for one of the other two bidders claims that his client’s bid was $200-per-device cheaper than Apple’s.

The iPad procurement represents Phase I of LAUSD’s technology plan, expected to cost half a billion dollars and to be completed by the end of 2014, in time to prepare students for taking the new California Standardized Tests on computers.

Posted on June 14, 2013  ::  The headline act for Tuesday’s Board meeting — the last substantive  meeting of seven-member LAUSD oversight body [2]  until late August — will be the debate and voting on Superintendent John Deasy’s proposed budget.

Next week’s agenda also includes a number of controversial items such as the proposed purchase of electronic tablets for Phase I of LAUSD’s technology plan, the proposed closure of a charter school that dodged an audit, and an effort to modify the parent trigger process at both the state and local levels — not to mention three competing resolutions for how to divvy up future state revenue.

Tuesday will also mark Nury Martinez’s last meeting as a Board member, and Monica Garcia’s last full meeting as President. On July 2, the Board will meet briefly to swear in Monica Ratliff and elect a new President.

The district budget is buoyed by the expected passage [it passed, although it has not been signed by the governor] of Governor Jerry Brown’s Local Control Funding Formula, which will hand LAUSD a nearly $200 million windfall in the next school year alone.  Earlier this week, lawmakers agreed on a compromise version of the original Brown proposal that will send extra money to LAUSD to help educate low-income and English Language Learner (bilingual) students. The LAUSD budget is expected to be approved.

One item that’s sure to generate controversy is the proposal to hand Apple Inc. a $30 million contract to provide what one can only assume would be iPads (or iPad minis) to students and teachers in 47 schools.

The contract would take the district through Phase I, approved by the Board in February, of Superintendent John Deasy’s ambitious half-billion dollar plan to give tablet computers to every student and teacher in LAUSD by the end of 2014.

According to the full meeting materials, the district received 13 bids for Phase I, of which three were found to be within “competitive range.” The total cost of Phase I is $50 million, which will come from leftover bond money. [3]

<<Monica Garcia, left, and Academia Semillas head Marcos Aguilar, right, after the school’s charter was renewed in April of 2012 “A Sixty Minutes story waiting to happen”

In what has become a rather time-consuming monthly ritual, the School Board will take up consideration of a number of charter schools.

While most of these charters are routinely approved, the Superintendent is recommending the denial of a renewal for  Anahuacalmecac International University Preparatory High School, which is run by the charter provider Academilla Semillas del Pueblo.

A report from the district’s charter division cites a financial deficit of over half a million dollars and fluctuating attendance and standardized test scores as reasons for recommending its non-renewal.

Semillas’ elementary school was similarly marked for closure in 2012, but the Board chose to override Deasy’s recommendation at that time. Later that year, LAUSD’s Office of the Inspector General attempted to audit Academilla Semillas, but the charter school did not cooperate with the audit. It will be interesting to see how Board members choose to vote. [4]

Among the new items that may be debated are a proposal slated for introduction by School Board member Steve Zimmer aimed at revising California’s parent trigger law.

The Zimmer proposal would, among other things, have LAUSD provide independent verification of signatures on future parent trigger campaigns. It would also direct the district’s Sacramento lobbyist to “seek legislative changes” in the parent trigger law, including “[p]rovisions that safeguard against manipulation of families in the process and validate training of all Parent Empowerment Act signature gatherers.”

Gabe Rose*, Deputy Director for the non-profit Parent Revolution, which lobbied for the Parent Empowerment Act and has helped organize the petition drives for every trigger campaign so far, said in a statement, “Although this resolution was written without any input from Parent Revolution or the parents who are actually using this law, we are supportive of many of its goals.”

He added: “We cannot, however, support the full resolution unless it addresses the most pressing issue with the law today, which is the continued harassment and intimidation of parents – too often by district staff using district resources – who are trying to organize to improve their children’s low performing schools.  If the resolution is amended to provide real protections for parents and real transparency that will allow them to communicate with their entire community, we will be happy to support it.” [5]

Last but not least, the Board will also take up three resolutions aimed at prioritizing the spending of future state revenue.

One, which calls for bringing class sizes back to pre-recession levels by hiring more teachers and other district employees, is expected to pass. It would not go into effect until, at earliest, 2014.

Superintendent Deasy has said he’d prefer to give all current employees raises before hiring more employees, but so far no resolution has been proposed to that effect.

A second proposal, this one by Board member Tamar Galatzan, would earmark more state money to schools with concentrations of low-income, english language learning and foster children while simultaneously ensuring that every school receives a minimum amount — generally mirroring Governor Brown’s proposed state education funding formula at the school level.

A third proposal, by Board President Monica Garcia, would explore a plan to extend the school year beyond its current 180 days.

*A previous version of this post identified Gabe Rose as Gabe Ross. 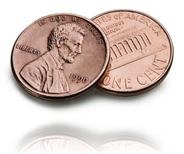