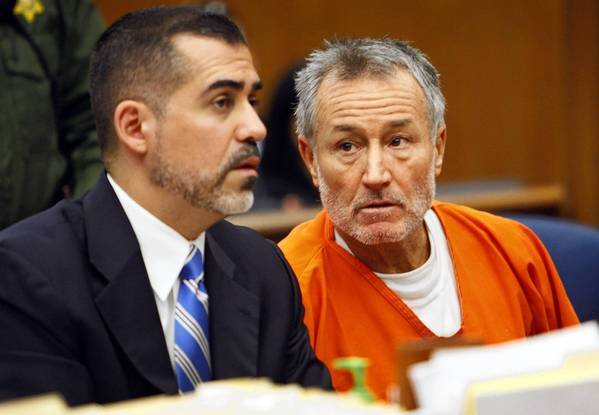 June 5, 2013, 7:40 p.m.  ::  The Los Angeles Unified School District on Wednesday offered to pay about $17 million to settle 40 legal claims involving a former Miramonte Elementary School teacher accused of committing lewd acts on children — but attorneys for the students say they plan to refuse the offers and take the claims to trial.

The settlement offers, which expire in 30 days, would pay each of the alleged victims of former teacher Mark Berndt about $425,000, plaintiffs' lawyers said. All of those offered the settlements are represented by attorneys Luis Carrillo and Brian Claypool.

If accepted, the offers would be the second batch of settlements connected to the high-profile case, which rocked the nation's second-largest school system and prompted a flurry of new state and local policies to better protect students.

The offers are lower than the first group of 58 settlements reached in March. Those will pay each of the victims about $470,000.

Berndt, 61, was arrested in January 2012 after a South Bay drugstore photo technician alerted authorities to images of children blindfolded, some with tape over their mouths. Berndt, a former third-grade teacher, was charged with 23 counts of lewd conduct involving allegations that he spoon-fed semen to blindfolded children as part of what he purportedly called a tasting game. He's also accused of feeding them semen-tainted cookies and placing cockroaches on their faces.

Berndt has pleaded not guilty to the charges and is being held in lieu of $23-million bail.

Carrillo, a South Pasadena attorney representing 23 victims, said the offer was insulting, especially since it is not specific to each child and their suffering.

Carrillo said it would cost about $576,000 for lifetime treatment for post-traumatic stress disorder, eating problems and other consequences of Berndt's alleged lewd conduct.

However, he said, he plans to contact L.A. Unified attorneys in hopes of reaching a different settlement for three of his clients.

Claypool, who represents other students, said he too planned to advise his clients to refuse the offers. The district is trying to pay off families without providing the community answers on how this sort of alleged abuse took place over two decades, Claypool said.

"They want to make these low-ball offers to get these low-income families to go away," he said. "Money without answers, without reform or change is not the type of justice that our families are seeking."

David Holmquist, L.A. Unified's general counsel, said the offers were fair and enough to care for the children for the rest of their lives.

"This is a terrible thing that happened, there is no question about it," Holmquist said. "The good news is that all indications are that the Miramonte community is healing and this is a step that we believe will help with that healing process."

The offers also provide protections for the district's assets should the claims go to trial. If a trial judgment is less than Wednesday's settlement offers, the district would be entitled to recoup some trial costs from the plaintiffs.

So far, the district has spent about $1 million defending itself. Should the unresolved claims go to trial, Holmquist predicts it would cost the district at least as much.

The offers are a tactical move by the district to scare families into accepting the settlements, Claypool said.

"This isn't some peace offering, it's not an attempt to do the right thing," he said. "It's a bullying tactic."

The claims accuse the district of failing to do enough to protect students from Berndt even after receiving complaints about inappropriate conduct. He was the target of a police investigation in 1993 involving allegations by a female student that he tried to fondle her, but the case was dropped after investigators determined there was insufficient evidence.

Settlements would be paid out of the district's liability fund, and the district has expected insurance to cover all of it.

But an insurance company has sued the district, seeking to avoid paying the settlements. The suit was filed last month in L.A. County Superior Court by New Jersey-based Everest National Insurance Co.

The company "disputes that there is any coverage under the Everest policies" for the claims by L.A. Unified.

If successful, the action could leave the district on the hook for the estimated $30 million. Holmquist maintains that the settlements should be covered by insurance providers.

"It is our expectation that they stand up and deliver," Holmquist said.