L.A. TIMES WISHY WASHES CHILD WELFARE SCANDAL: There must be zero-tolerance for tragic child deaths from DCFS, the Board of Supes and The Times

Lessons of the Gabriel Fernandez case

Yes, there will always be deaths in the child welfare system. But that doesn't mean we can't, and shouldn't, do better. 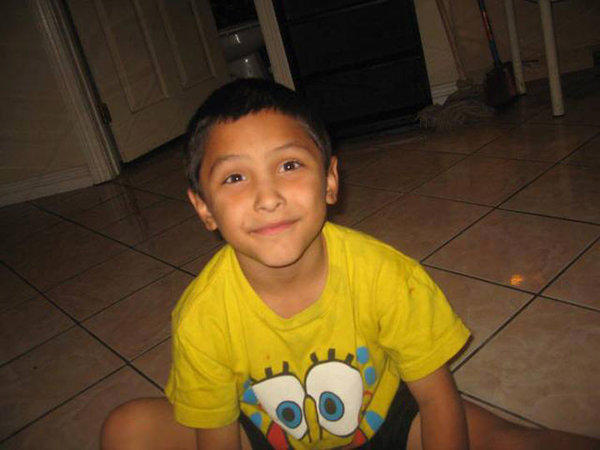 June 4, 2013  ::  There is nothing more outrageous than the death of a child at the hands of an abusive parent who was under the watch of child welfare workers who, in the end, didn't step in and stop the abuse. Such appears to be the case with the death of 8-year-old Gabriel Fernandez. All the elements are there for a high-pitched emotional public response: Politicians. Government bureaucrats. Bad parents. And an innocent child, now dead.

But if the public and the county supervisors leave their setting on outrage, experience shows that the result is too often a cycle of invective, firings, discipline and policy changes that may satisfy a hunger for action, but only of the wheel-spinning sort. Los Angeles County has been through this countless times, reacting with unfocused anger to the cruel death of a child, with the result that the Department of Children and Family Services has run through 17 permanent directors or temporary leaders over the last 25 years, and that it has added and then eliminated layers of supervision and reporting. The churn of leadership and the changes of policy and procedure are to no avail, and in fact are counterproductive, if they fail to move the child welfare system any closer to improvement. If it is to have any chance of being useful, the outrage must in the end yield to a more mundane, clinical analysis of what went wrong. And then the difficult, slogging work of adjusting, supervising, overseeing, improving.

Let's be clear that outrage, in the case of Gabriel Fernandez, is warranted. The details of his abuse and death, as set forth in internal county documents and reported by Times staff writer Garrett Therolf on May 30, are gruesome and depressing. There had been numerous investigations into allegations of neglect and emotional and physical abuse against him and his siblings dating back to 2003. Hospital reports tell of head injuries, BB gun wounds, fractures and bruises. Pellets were found in his groin and his lung.

Gabriel's teacher told of bruising on his face and hands, scratches on his head, a swollen face. The child reportedly told authorities he had been sexually abused and shot in the face with a BB gun. A suicide note was discovered.

Repeated referrals to the Department of Children and Family Services resulted in investigations, followed by determinations that allegations of abuse were unfounded. One referral was still open, two months after the state's legal deadline for completing an investigation, at the time of the child's death on May 24.

The reports point to repeated and apparently unheeded warnings to county authorities whose purpose is to ensure the safety of children.

The job of a child social worker is exceedingly difficult, perhaps nowhere more so than in Los Angeles County. When tragedies (or "critical incidents," as they are called in county reports) occur, frontline workers who chose the profession out of a sense of dedication to child welfare and spent years in training are often branded in the public

as incompetent or lazy. Caseloads are large. Managers, hoping to respond to or avoid a tongue-lashing or worse from the Board of Supervisors, respond to each incident with a new policy or practice, a new form to complete, a new layer of oversight, resulting in an ever-expanding policy manual that is now about 6,000 pages long — impossible for a child social worker to read, let alone follow.

Frontline workers often feel under assault, and they quickly learn to hunker down and keep their heads low. Even that isn't easy. The majority of children who die due to abuse or neglect do so in their parents' home, so there is an obvious incentive for social workers wanting to avoid scrutiny — wanting to avoid responsibility for the next Gabriel Fernandez — to recommend removing children from their homes even when it isn't clear how serious the threat is. But evidence also shows that children taken from their parents and referred to foster care suffer psychologically, generally perform more poorly in school, are more likely to become involved in the delinquency system and have trouble coping with life once they become adults — so there is an incentive too to keep families united or, at least, to be able to produce numbers that show fewer children being removed from their homes. Judgment is needed above all, but judgment means choice, choices can be wrong, and consequences for the worker can be serious.

A succession of confidential internal county reports to the Board of Supervisors advise that failures begin on the front end, with workers who have been improperly trained, don't perform investigations properly, don't use assessment tools correctly and don't communicate well. That implies continuing failures up and down the line — with hiring, training, supervising.

The bucks stops with the Board of Supervisors. Its task is to walk the very narrow line between outrage — the fury that can result in a round of recriminations, purges and policy swings, without any actual improvement in department culture and practice — and the fatalistic notion that in a county the size of Los Angeles, improvement is beyond reach. It's not. There may always be tragic child deaths. But we can do better.

●● smf: The headline editor wrote; “There always will be deaths…”.  The editorial board wrote “There may always be tragic child deaths”. Neither is anywhere near acceptable!

Letters to the Editor of the LA Times | http://lat.ms/15Druhc

Re "County missed signs of boy's abuse," May 31 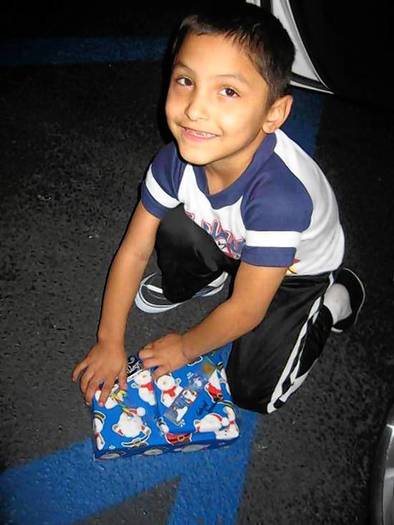 As a resident of Los Angeles County, I am appalled and sickened and most of all saddened by the death of 8-year old Gabriel Fernandez from horrific injuries allegedly inflicted by his mother's boyfriend — even after social workers had investigated the couple for child abuse.

What is wrong with the county Department of Children and Family Services? How many more child deaths and injuries have to occur because its social workers are undertrained and overworked? The system is broken and is suffering from neglect.

On Thursday, The Times reported that the county expects a $50 million boost in tax revenue. I hope the Board of Supervisors uses a large portion of the money to hire more social workers and train them to more swiftly remove children from such dangerous situations.

This line about Fernandez having suicidal thoughts says it all: "Authorities dismissed the complaint without removing him or hospitalizing him because he had no specific plan to carry out a suicide, records show." Is it not abnormal for a small child to even have thoughts of suicide?

DCFS needs to be restaffed starting from the top down. No more deaths, period.