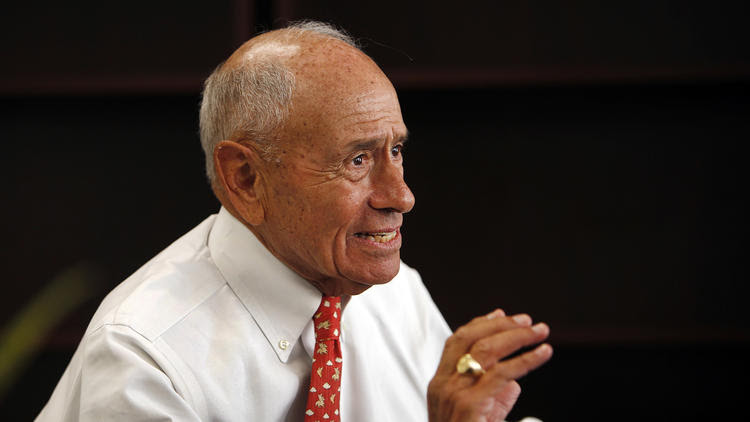 Nov. 4, 2015  2:33 PM  ::  The Los Angeles Unified School District is facing a looming, long-term deficit that could force the system into bankruptcy, a panel of experts has concluded in a new report obtained by The Times.

The group, which met in private over the last several months, concluded that L.A. Unified will face a budget deficit of $333 million in the 2017-18 school year, an additional $450 million the following year and $600 million more the year after that.

L.A. schools Supt. Ramon C. Cortines convened the panel in response to critics who said the district could not afford its recent contract agreements with employee unions. These critics included Chief Financial Officer Megan Reilly, who helped to oversee the work of the fiscal committee.

The panel’s estimates were consistent with what Reilly and her staff had concluded, although employee unions have questioned whether the situation is as dire as predicted.

Cortines has defended the contracts as affordable, provided that the district takes other necessary steps. He also said the agreements provided stability for employees and labor peace which, he said, is good for students.

All parties agree on the importance of extending a statewide tax increase that funds education and will soon expire.

The panel made a point of offering a vote of confidence in some L.A. Unified efforts -- "we did not find a failing school district in Los Angeles" -- but cautioned that success might not be long lasting.

“We found that many of the near-term successes will be very difficult to maintain and expand in the face of very stark demographic and financial forecasts for the future,” according to the report.

The labor contracts are not the only source of the financial challenge. The district also faces more expensive health benefits and much higher pension contributions that are required by state law.

Declining enrollment also is driving down district revenue; the district’s number of employees has, so far, not matched that decline. The district also spends more than it should on cafeteria operations and compensation for injured workers, the report said.

The panel made numerous recommendations, including: improving student and teacher attendance, offering an early retirement program, advocating for increased funding and reducing the total staffing to keep the number of employees in line with declining enrollment. The report also called for reducing the cost of services provided to disabled students.

The committee will formally present its findings at next week’s school board meeting.