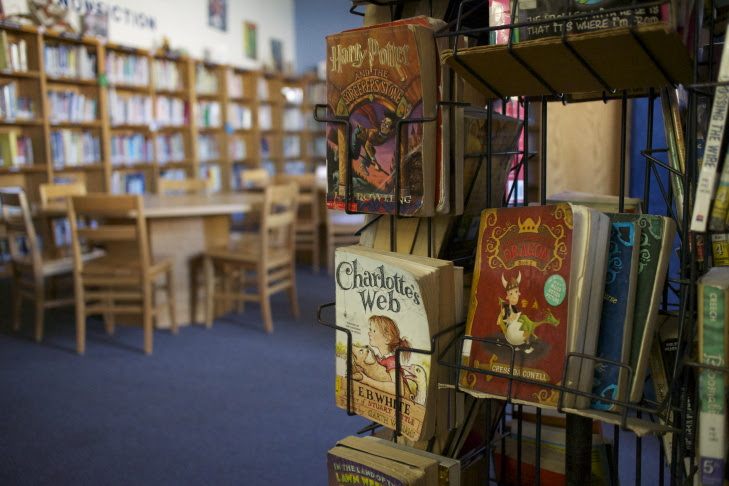 Figures out this week show only half of L.A. Unified school libraries have even part-time staff and far fewer have a credentialed librarian.

In a district of 768 schools libraries, there are only 98 librarians to teach students how to find information, select a text or coordinate reading programs. Even adding library aides to the mix, 332 school libraries do not have staff.

Without librarians or library aides, many principals have been forced to keep libraries locked or run them illegally with parent volunteers or other school site staff. California law does not allow fill-ins for trained library staff.

School board member Monica Ratliff said she had heard from parents about closures at their schools, but it took her office months to get data showing the scope of library cuts.

"Basically we just kept hounding and hounding the district staff until we got the information," she said.

Now with data in hand, Ratliff and school board president Richard Vladovic want to create a "modern libraries task force" to not just outline the current state of libraries and funding sources - but also to explore potential collaborations with outside organizations – such as the city library - and alternative ways to get high-need students access to library books.

"I want us to start addressing this publicly," Ratliff said. "Unfortunately, not much attention has been paid to these libraries and basically what's a lack of access to resources. These libraries already exist and they are filled with books that students can't access."

Members of the task force would likely include both a librarian and library aide as well as people from the Los Angeles Public Library System, UCLA and literacy focused non-profits. The task force would submit recommendations to the school board before the creation of the 2014-2015 district budget.

Those figures showed cuts hit middle schools the hardest — 83 percent of them are without a librarian.

Several parent groups across the Los Angeles area are digging into their own pockets to bring back their children's libraries. A parent fundraiser for Wonderland Avenue Elementary, in Canyon Hills, raised $40,000 to bring in a library aide - a cheaper option than the fully certified librarian.