Posted on January 6, 2014  ::  LA School Report has learned that a deadlock of the LA Unified school board on how to fill the vacant seat could lead to an election.

Note the lack of the cross above the Hollywood Bowl – where it used to be on the seal. Note the lack of the cross on the image of the Mission San Fernando (which still is a Catholic church) where one really is. Isn’t political correctness wonderful, esp when compared to reality? Is that fish a Christian image? Is the cow a Hindu one? There seems to be a halo around the Indian Maiden with her bowl of plenty, raising her above the purely secular.

Compare+contrast to the LA City Seal. Note the inner circular border – which is a rosary. What’s with that?

It states that, “if by February 3, 2014, the LAUSD Board has neither appointed a replacement, nor ordered an election, then the county superintendent of schools must order an election.”

The opinion, which also includes outlining possible scenarios for an election, represent the County’s interpretation of existing law, complicated by overlap between various state, city and county codes. The board, which meets tomorrow, must decide whether the successor will come through an appointment or an election.

We haven’t yet seen a memo from the LA City Clerk’s or City Attorney’s office outlining the interpretation from the official city point of view – let us know if you see it.

Oh the spin! A memo ‘has surfaced?’  As in “we got a copy in a email from Supervisor Ridley Thomas office”?”

FIRST: Supervisor Ridley Thomas isn’t exactly a curious observer. He has a candidate from his staff he’s promoting for the job.

SECOND: a) The incredible surfacing memo describes a legal process prescribed in state law for all school districts. b) The County Office of Education regulates and oversees LAUSD as a school district, LAUSD is directly accountable to LACOE. LA County manages LAUSD finances. c) The LA City charter only creates the Board of Education of the City of Los Angeles which is the LAUSD board. LAUSD includes 26 different jurisdictions of which The City of LA  is only one.

THIRD: No matter how “let the people decide” democratic Ridley-Thomas represents himself :  The L.A. county supervisors appoint all the county Board of Ed members AND the county superintendent – all serve at the supervisors pleasure. This governance structure is unique in California – in all other counties the people elect the Board or the Supe or both. 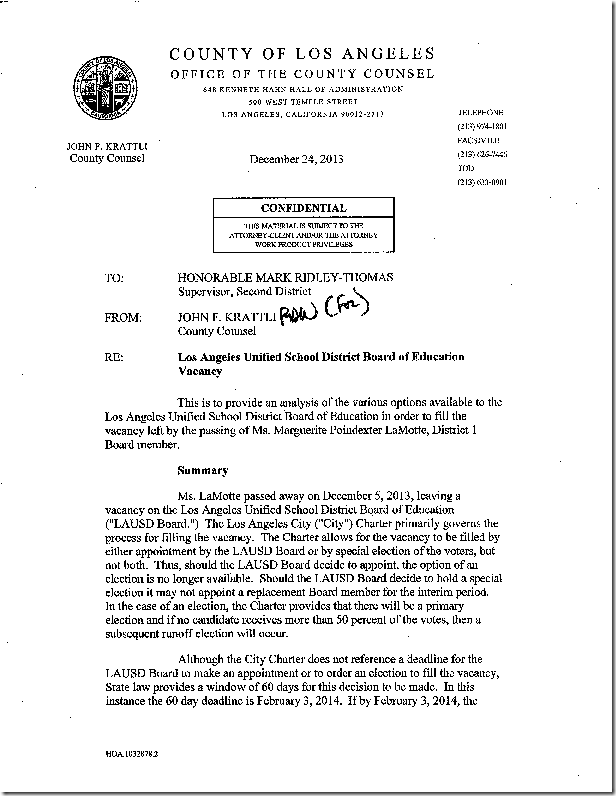 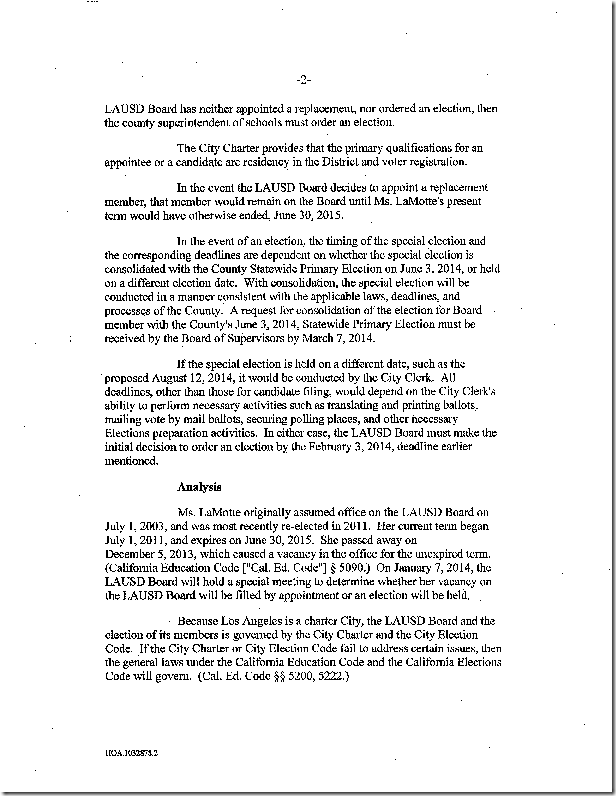 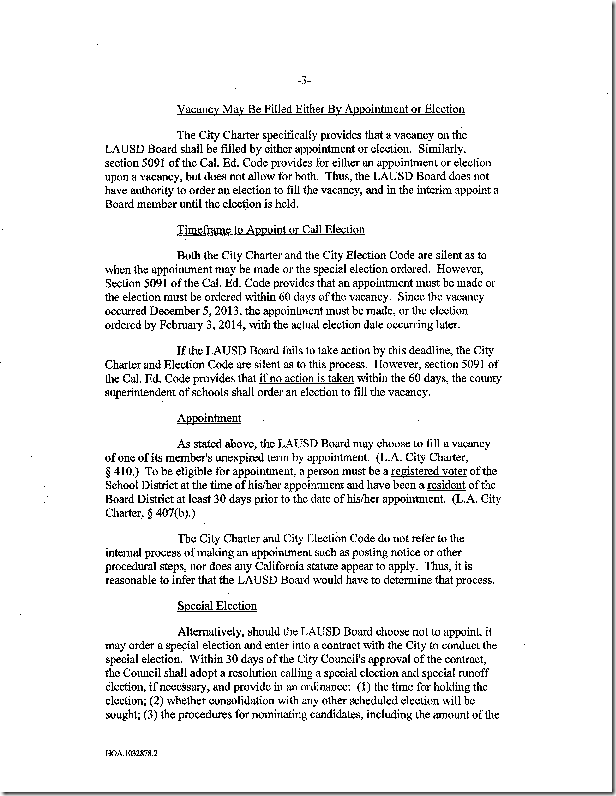 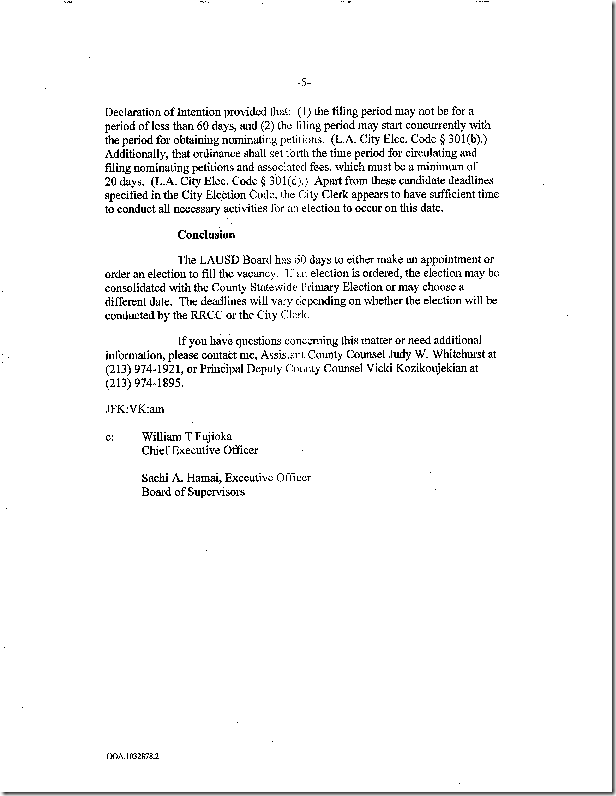