LA SCHOOL BOARD TO DEBATE FILLING LAMOTTE’S SEAT – Tonight at 6:15/Live on KLCS 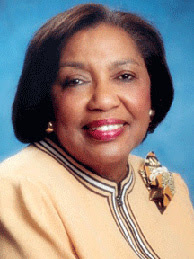 January 6th, 2014, 6:15am  ::  The board of the Los Angeles Unified School District on Tuesday will discuss how to fill the seat left vacant after the death of Marguerite LaMotte. They'll weigh two options: appointment or special election.

L.A. Unified is the largest school district in California, and board members are getting pressure, particularly from black political leaders.

California State Assemblyman Sebastian Ridley-Thomas was one of several members of the Black Caucus to sign a recommendation for a special election.

"It is the most credible when the people get to decide," Ridley-Thomas said in an interview. "No other area would accept an appointee for their representation."

The last special election for a school board seat was in 2006. It cost $1,527,175 to run. The next full school board election is a year and a half out, which is when LaMotte's term would have concluded.

But other black political leaders disagree.

The seat has been held by a black woman since the 1979, but the South L.A. district is now majority Latino - a community that is likely to draw support for their own candidate.

Congresswoman Maxine Waters and others are advocating for an appointment, arguing it would not be fair to leave the seat vacant for the months it will take to run a special election.

The board is scheduled to take up the issue at 6:15 Tuesday evening.