Jeffrey Hubbard was convicted in 2012 of misappropriating public funds, but justices agree with his lawyers that he was not responsible for authorizing payouts. 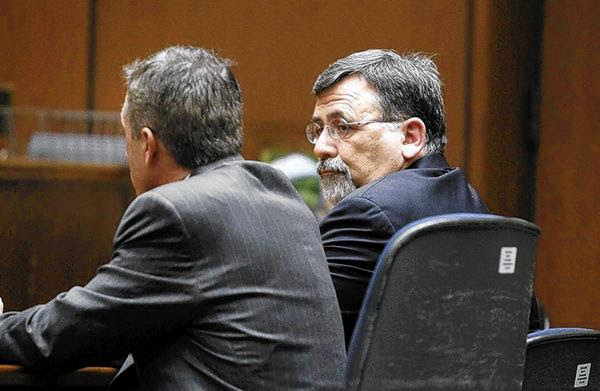 Hubbard was convicted in January 2012 of two counts of misappropriating public funds while acting as superintendent of the Beverly Hills Unified School District from July 2003 to June 2006. The charges stemmed from allegations that Hubbard paid Karen Christiansen, former district director of planning and facilities, an unauthorized bonus and increased car allowance, the Daily Pilot reported.

However, the three-justice panel from California's 2nd District Court of Appeal agreed with Hubbard's lawyers that state law outlined that as superintendent, he was not "charged with the receipt, safekeeping, transfer, or disbursement of public moneys" and overturned his conviction, according to the ruling issued Tuesday.

"At trial it was undisputed that both the increased car allowance and the stipend required approval by the district's board of education — Hubbard did not have the legal authority to order them unilaterally," Justice Frances Rothschild wrote in the ruling.

Hubbard joined the Newport-Mesa Unified School District in Orange County after working in Beverly Hills and was fired in 2012, the day after he was convicted in Los Angeles County Superior Court.

"He was let go from Newport-Mesa because we were legally required to terminate him," board President Karen Yelsey said Wednesday.

Because the power to authorize funding increases like bonuses and other allowances rests with the district's board, Yelsey said she was not surprised by the court's decision.

"I personally never thought he should have been charged," she said. "A superintendent isn't responsible for authorizing funds."

Throughout the appeals process, Hubbard's lawyers contended that others in Beverly Hills Unified failed to follow proper protocols when Christiansen's compensation was enhanced. They also asserted that he would have been absolved by emails between Hubbard and school board members, which the court declined to order the district to recover.

The state appellate court panel did not address those specific issues in its decision Tuesday.

After being sentenced in February 2012, Hubbard served four of his 60 days in jail. He was also sentenced to 280 hours of community service, three years probation, $23,500 in restitution to the school district and a $6,000 fine. The appellate court vacated all of his penalties.

The appellate panel directed the Los Angeles County Superior Court to enter an order dismissing all charges against Hubbard, which must be done to completely clear his name, said Hillel Chodos, who represented Hubbard during the appeals process. Hubbard was also represented by Los Angeles attorney Philip Kaufler.

Prosecutors have until Feb. 9 to seek review of the appellate court panel's decision. If they are denied review, the trial court will dismiss the charges within about two or three months, Chodos said.

"Even though he can demonstrate this was a gross travesty, anyplace he goes he still has a mug shot on the Web," he said. "It's tough to get back from that."

Representatives from Beverly Hills Unified could not be reached for comment Thursday.

2. I am basing my legal conclusions on the article above, prior press coverage and my Mickey Mouse understanding of the case. (At one time I worked for Disney, my invocation of The Mouse is meant respectfully)

I think the appeals court’s decision is correct. A superintendent doesn’t bear responsibility for the bad decisions of the Board of Education even if he encouraged them in that direction - as long as he doesn’t personally profit from the said bad decision making or otherwise engineered the outcome.

That said, the current superintendent of LAUSD must be sighing the old Sigh o’ Relief over this decision.

The ongoing/emerging allegations of irresponsibility and/or fiduciary misfeasance over the award of the LAUSD-Apple/Pearson iPads Contract point to his and his team’s (the so-called “Sponsors”)  involvement (AKA: “sponsorship”) in the contract . But if it was only a bad decision the irresponsibility is ultimately the Board of Education’s  …they voted for it without exercising their due diligence/scrutiny as public trustees.

Of course, if the sponsorship went beyond hubris or intoxication of purpose into illegality and the alleged misfeasance crossed the line into malfeasance all bets are off!