Newswise — (Winston-Salem, N.C. – November 3, 2011) – In a revealing look at high-stakes standardized admissions tests, a new book called SAT Wars: The Case for Test-Optional Admissions, demonstrates the far-reaching and mostly negative impact of the tests on American life and calls for nothing less than a national policy change. 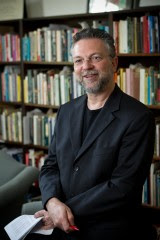 “Standardized tests allow colleges to practice social discrimination in the name of academic selectivity, when, in reality, high school grades are the best predictor of future collegiate success,” said Soares. “SAT Wars provides a roadmap for rethinking admissions at a time when higher education seems lost.”

The book features an authoritative combination of voices, including college presidents, provosts, deans, scholars of economics, history, and sociology, and test-industry participants. Contributors include:


• Daniel Golden, who won a Pulitzer Prize for his reporting in The Wall Street Journal on admissions;
• Robert J. Sternberg, the world’s most-cited living authority on educational research and Provost at Oklahoma State University; and
• Martha Allman, Dean of Admissions at Wake Forest University (www.wfu.edu), the first top-30 national university to become test-optional, publicly recognizing that years of achievement should not be negated by one Saturday morning.

“For the past three years, we have been delighted by the response from outstanding high school students who are drawn philosophically to an admissions selection process which includes a personal interview, a creative and thought-provoking application and an emphasis on intellectual curiosity and character,” said Allman, who wrote a chapter on the challenges, surprises and rewards of Wake Forest’s test-optional decision, which began with first-year students in the fall of 2009. “Our student body is now not only more racially and socio-economically diverse than ever, the number graduating in the top 10 percent of their high school classes has increased each year since it has become test optional – from 65 percent of first-year students in 2008, to 83 percent in 2011.”

“This book is an important contribution to the reassessment of the use of standardized tests in college admissions. . .  . Colleges that are well-prepared for a discussion about standardized admission tests will understand how their research aligns with the information provided in this publication”
—From the Foreword by David Hawkins, National Association for College Admission Counseling

What can a college admissions officer safely predict about the future of a 17-year-old? Are the best and the brightest students the ones who can check off the most correct boxes on a multiple-choice exam? Or are there better ways of measuring ability and promise? In this penetrating and revealing look at high-stakes standardized admissions tests, Joseph Soares demonstrates the far-reaching and mostly negative impact of the tests on American life and calls for nothing less than a national policy change.

SAT Wars presents a roadmap for rethinking college admissions that moves us past the statistically weak and socially divisive SAT/ACT. The author advocates for evaluation tools with a greater focus on what youth actually accomplish in high school as a more reliable indicator of qualities that really matter in one’s life and to one’s ability to contribute to society. This up-to-date book features contributions by well-known experts, including a piece from Daniel Golden, who won a Pulitzer Prize for his reporting in the Wall Street Journal on admissions, and a chapter on alternative tests from Robert Sternberg, who is the world’s most-cited living authority on educational research.

As we continue to debate the use and misuse of standardized testing, SAT Wars will be important reading for a wide audience, including college administrators and faculty, high school guidance counselors, education journalists, and parents.