BACKSLIDING ON SCHOOL REFORM: The latest effort in Congress to overhaul No Child Left Behind would only make things worse.

5 Nov 2011 (Guy Fawkes Day) - When it comes to federal school reform, the overriding lesson is to be careful what you wish for. The No Child Left Behind Act, signed into law in 2002, ushered in an era of badly needed educational accountability, requiring schools to improve the lot of disadvantaged, black and Latino students who up to that point had been shorted academically in almost 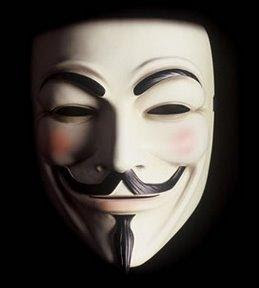 every way. But the law was so poorly written, so laden with rigid, arbitrary standards, that it had the effect of narrowing school curriculums, branding good schools as failures and, in fact, leaving many of the most troubled students behind. Schools and states have justifiably been crying for relief.

(having nothing to to do with this story)

The congressional overhaul of No Child Left Behind is four years overdue, but now  that a bipartisan bill has passed the Senate Health, Labor, Education and Pensions Committee, we wish it would go away. The legislation sponsored by Sens. Tom Harkin (D-Iowa) and Michael B. Enzi (R-Wyo.) might best be called an anti-accountability act. Instead of replacing rigid goals with more sensible ones, it would do away with almost all goals for the vast majority of schools.

States would still have to test most students, but they wouldn't be required to do anything about the results except in the lowest-performing 5% of schools, and in an additional 5% with the biggest achievement gaps between white and minority students. That would be fine if 90% of the nation's schools were doing solid work. But thousands of schools across the country that do not fit into either category are still badly in need of improvement.

Under the Harkin-Enzi bill, there would be no academic standards for schools to meet. To be sheltered from consequences, and thus from any incentive to improve, they would just have to stay out of those two 5% zones, no matter how many students were dropping out or failing to grasp the basics. The bill calls on states to develop goals for schools' "continuous improvement" but leaves it to states to decide what that improvement looks like.

The overreaction is in ways understandable. No Child Left Behind pressured schools to teach to standardized tests in math and reading. While those tests measure basic skills, they are limited indicators of educational quality. High-performing schools should be given a break from the relentless emphasis on test scores, perhaps by not having to administer them every year. For that matter, all schools should be judged on multiple, relevant factors, not just test scores. School visits by educational experts might be useful, as Gov. Jerry Brown has suggested, along with assessments of graduation rates and portfolios of student work. All students should have instruction in arts, science, languages, research and writing, academic areas that have been given short shrift under the federal accountability mandate.

That's not what the Harkin-Enzi bill would do, though. Instead, it reauthorizes the same old testing-only regimen while setting no standards for what students should learn or how much they should improve. If only 10% of schools at most might have to change their practices as a result of the tests, why bother testing at all?

The No Child Left Behind Act was the result of collaboration between Sen. Edward M. Kennedy (D-Mass.) and President George W. Bush, who shared a commitment to bettering the lot of poor and minority students. The reform movement gained momentum under the prodding of business leaders who found that too many graduates of the public school system were lacking the skills for even relatively mundane jobs.

Today's bipartisan support for virtually dismantling the law comes from a different sort of collaboration. Deeply conservative Republicans are looking to rein in the role of the federal government; and education, which traditionally has fallen under the purview of states, is a prime target. Some Democrats are heeding the call of the national teachers unions, which have been complaining about the law since its inception. Harkin appears willing to do whatever it takes to pass the bill, even if it means weakening it to the point of irrelevance.

The bill's passage has been given impetus by U.S. Education Secretary Arne Duncan's plan to grant waivers from the existing law's more cumbersome provisions if states agree to certain conditions. Critics say, with justification, that the administration is substantially rewriting the law rather than interpreting it, but in the absence of congressional action, something had to be done. With the vast majority of the nation's schools on target to be declared failures, even though many were falling short in very minor ways, the accountability movement was on the verge of collapsing. And if the Harkin-Enzi bill becomes law without the addition of some meaningful standards, that's more or less what will happen.