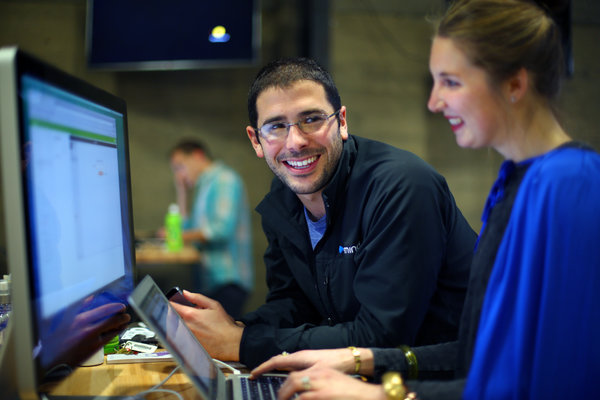 JAN. 11, 2015  ::  The education technology business is chock-full of fledgling companies whose innovative ideas have not yet proved effective — or profitable. But that is not slowing investors, who are pouring money into ventures as diverse as free classroom-management apps for teachers and foreign language lessons for adult learners.

Venture and equity financing for ed tech companies soared to nearly $1.87 billion last year, up 55 percent from the year before, according to a new report from CB Insights, a venture capital database. The figures are the highest since CB Insights began covering the industry in 2009.

Notable financing deals include Pluralsight, a company that provides online training to technology professionals, which raised $135 million; Remind, a free messaging service for teachers to communicate with students and parents, which raised $40 million from venture capital firms including Kleiner Perkins Caufield & Byers; and Edmodo, an online social network customized for classroom use that is free to individual teachers, which raised $30 million. 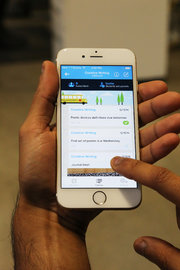 “Education is one of the last industries to be touched by Internet technology, and we’re seeing a lot of catch-up going on,” said Betsy Corcoran, the chief executive of EdSurge, an industry news service and research company. “We’re starting to see more classical investors — the Kleiner Perkinses, the Andreessen Horowitzes, the Sequoias — pay more attention to the marketplace than before.”

The smaller sums going into ed tech illustrate the challenges facing start-ups as they try to persuade public school systems to adopt their novel products. Companies often must navigate local school districts with limited budgets and slow procurement processes. To bypass the bureaucracy, many start-ups are marketing free learning apps and websites directly to teachers in the hopes that their schools might eventually buy enhanced services.

Still, it is too early to tell whether that direct-to-consumer “freemium” strategy, as it is often called, will pan out for education software.

“There are still a lot of questions around some companies’ business models in the sector,” said Matthew Wong, a research analyst at CB Insights. “One of the questions, because the product is free, is: ‘How are you going to monetize those users?’ ”

One example is Remind, a popular messaging app that teachers use to send homework reminders to students and share classroom news with parents. Sports team coaches also use the system to send weather updates and schedule changes to their athletes.

Word of mouth has propelled Remind from an unknown brand to a nationwide phenomenon. Started in 2009 by two brothers in Chicago, the service now has 23 million users, up from 18 million five months ago, the company said, and the service has been used to send more than a billion messages.

“Today, you can order a pizza, or a ride with Uber or Lyft, in an instant,” said Brett Kopf, 27, a co-founder and chief executive of Remind. “But if a student is struggling at school, oftentimes the parents don’t know. We want to make that communication more real-time.”

Where some other ed tech start-ups have been slow to capitalize on the ubiquity of mobile phones, Remind has grown quickly partly because its system enables teachers to send messages through multiple channels — via the company’s website or mobile app, by text or by voice message. 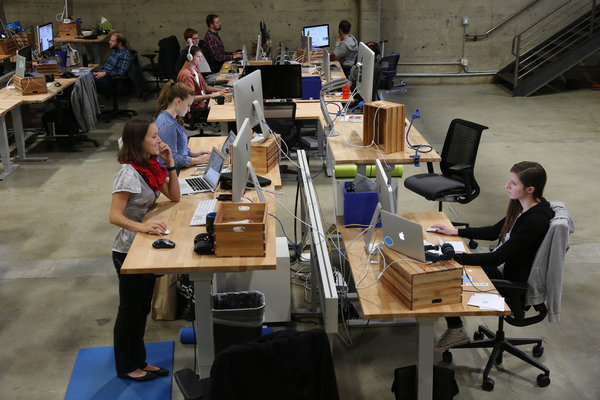 Remind recently hired growth strategists and engineers with experience at consumer companies like Skype and Facebook. Mr. Kopf said Remind planned eventually to earn money by charging subscription fees for additional services — such as emergency notification systems for schools. Right now, however, the company is devoting the $40 million in financing it raised last year to improving its product and expanding its market internationally, he said.

Ed tech start-ups that manage both to engage teachers and to achieve significant scale may eventually be able to profit from the freemium model used successfully by consumer brands like Spotify, the music service.

“I think there are businesses that won’t be able to cross that bridge,” said Michael Moe, chief executive of GSV Capital, a venture capital firm. “But if you monetize 2 to 20 percent of the network, there’s no reason it can’t work in education.”

GSV Capital has investments in consumer tech companies like Dropbox and Spotify as well as in ed tech companies like Coursera, a provider of free online courses. Coursera earns revenue by selling verified certificates to students who complete its courses.

But some investors are more enthusiastic about ed tech companies that charge directly for their products, like those that sell software-as-a-service to schools or practical training to adult learners. Pluralsight, a company in Farmington, Utah, for instance, provides online training to technology professionals seeking to stay current with programming languages or the latest game design tools. The company charges monthly subscription fees of $29 to individual users and has enterprise clients that pay larger annual fees to make courses available to their employees. Last year, Pluralsight’s billings reached nearly $100 million, the company said.

“Because technology changes so quickly, software professionals lose half of what they know in a two-year period of time,” says Aaron Skonnard, the chief executive of Pluralsight. “They can use us as their go-to resource to stay current.”

That is the kind of recurring revenue stream that appeals to ed tech investors.

“We are looking for things with returning revenue,” said Matthew Greenfield, a managing partner at Rethink Education, a venture capital firm in Manhattan. Of Pluralsight, he said: “Because it plays a central role in people’s careers, they keep the subscriptions.”

Mr. Greenfield’s firm is not invested in Pluralsight. But one of its portfolio companies — Smarterer, a skills-assessment and scoring system — was acquired by Pluralsight last year for $75 million.

Given the infancy of the ed tech industry, however, investors said they were being selective.

“If you get share, users and engagement, you can find a way to build a viable business,” said John Doerr, a partner at Kleiner Perkins, which is an investor in Remind. “But none of it is easy.”