MOST HOMEWORK IS ‘POINTLESS’, EXPERT SAYS

Tom Bennett, director of the ResearchEd conference, cited real after-school tasks including ‘Imagine how Jesus felt on the cross and draw it’

Debate surrounding the amount – and type – of homework set for children has intensified in recent years, particularly in primary schools. Photo: Alamy

8:39PM GMT 02 Jan 2015  ::  A new Ofsted regime will encourage teachers to set “completely pointless” homework for their students, an education expert has claimed.

(Ofsted is the British equivalent of the U.S. Dept of Education)

Youngsters will be forced to endure more “back breaking” after-school tasks with little educational value, according to Tom Bennett, director of the ResearchEd conference.

He added that schools were encouraging “the pickpocketing of family life” by setting youngsters futile work in order to hit targets.

Under the new regime of England’s inspectorate, Ofsted, progress will be shown through schoolbooks and homework, he said.

Writing in the Times Educational Supplement, Mr Bennett, who teaches at a school in Essex, argued this would encourage teachers to set more after-school tasks.

Describing many homework tasks as “so much wasted on so little”, he cited real examples including ‘Design your own ideal bedroom’ and ‘Imagine how Jesus felt on the cross and draw it’.

He wrote: “I have no problem with setting challenging homework but I do disagree with the pickpocketing of family life to serve the requirements of a school’s homework timetable.

“This may seem harmless but we must never forget that time is one resource you don’t get back.”

Last month a study of homework patterns among 15 year-olds in 65 countries, revealed British schoolchildren were lagging behind the competition.

The survey showed children in the UK were set an average five hours of homework a week compared to nearly fourteen hours in Shanghai, China, and nearly ten hours weekly in Russia and Singapore.

smf: Bennett may be my favorite new British Educator; his webpage shows him standing with a glass of champagne – education just doesn’t have enough of that!  Unfortunately I cannot actually locate the article/blogpost/whatever  in the Times Education Supplement referred to, …but I am still looking! 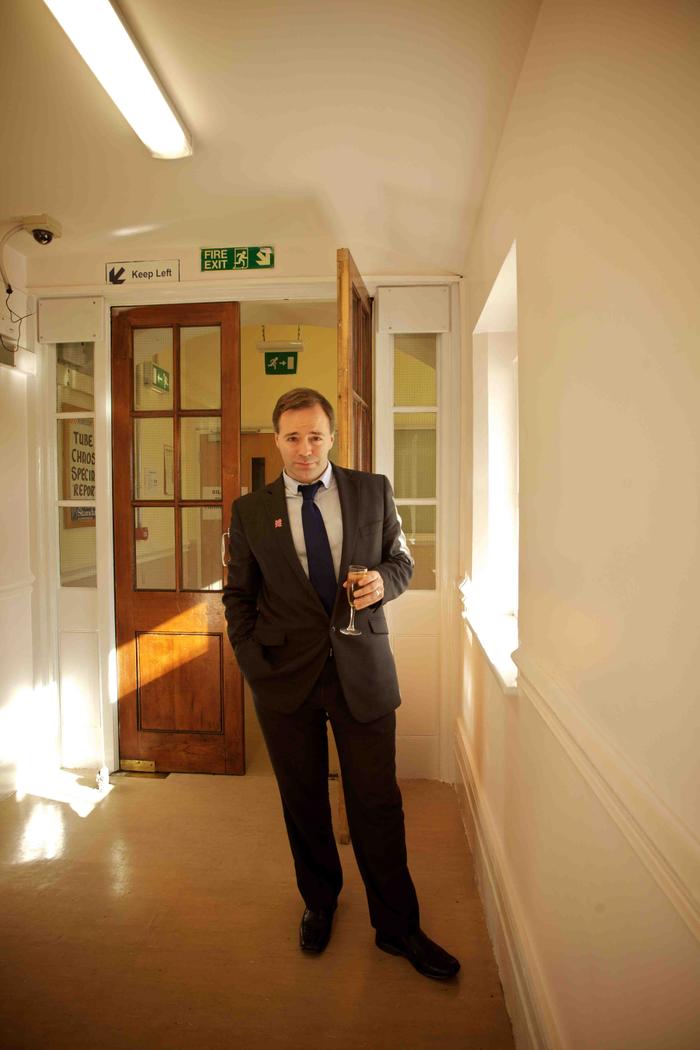 He writes: I was born in the Bottled City of Glasgow where I studied Philosophy because 'that's where all the big bucks are.' After years of penury running Soho nightclubs, I pulled the ripcord and landed in teaching.

Since 2009 I've been writing for the TES as their behaviour advisor, agony uncle, feature writer and podcaster. My careers adviser never knew.

I've written four books about education: The Behaviour Guru, Not Quite a Teacher, Teacher, and Teacher Proof.

In 2011 I was a Teacher-Fellow at Corpus Christi, University of Cambridge, where I discovered something about education that I nearly missed entirely: that the teacher voice is an important one, and it was sorely lacking in the public discourse about schools, learning and children. And I thought I should try to do something about it.

In 2013 I founded researchED, a cottage movement that grew over night into a skyscraper, mainly because I was fed up with the mad free-for-all that seemed to constitute evidence-based practice in schools in the UK. It seems that a few other people agree. researchED is very much my baby, in that it keeps me awake at night, it's a source of infinite joy, and I hope it grows into something wonderful. So far, so good.

'...people like Tom Bennett, the Behaviour Guru who writes for the TES...are really shaping the education debate in a way far more powerful than many politicians.'- Michael Gove, Former Secretary of State for Education

'Tom Bennett is the voice of the modern teacher.'- Stephen Drew, star of Educating Essex