LETTERS: What's LAUSD doing with ex-military weapons? + The school board’s the boss, like it or not

Letters to the editor of the LA Times | http://lat.ms/1r70yBi 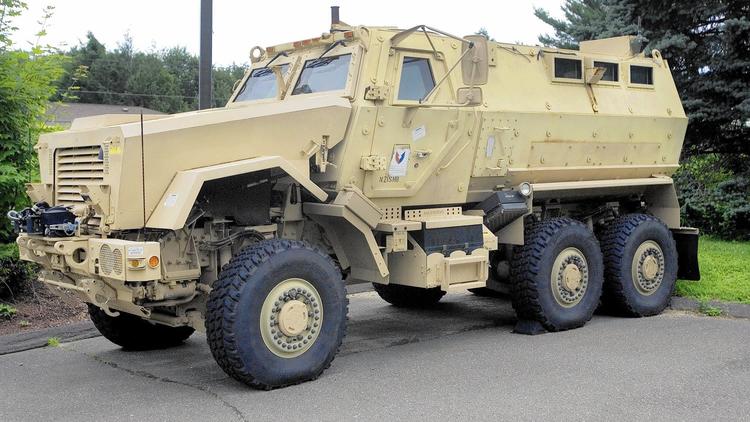 LAUSD police have an ex-military armored vehicle similar to this one in Watertown, Conn. (Steven Valenti / Associated Press)

Am I the only one who questions why the school district needs any of this? An emergency 911 call will bring L.A. city police officers or county sheriff's deputies to the scene; these people are better equipped than school police to handle shootings or hostage situations.

The "breakfast in the classroom" program that wastes so much food, the glitchy multimillion-dollar computer payroll system, the iPad program that has had legal, ethical and financial issues from the beginning, and now military-grade weapons: It's enough to make one wonder if anyone is really in charge.

Perhaps the LAUSD is too big to manage.

The school board is the boss, like it or not

To the editor: Over several decades in the Los Angeles Unified School District — serving as a teacher, principal and in several administrative assignments — I learned to appreciate the difficulty of the superintendent's job. ("Bickering between L.A. Unified leaders won't make schools better," Editorial, Sept. 15)

I was fortunate to have worked closely with a number of superintendents. Some were superior, some were good and some not so much. But there was one thing all these individuals had in common: They understood that their boss was the seven-member Board of Education that hired them.

Board members can be fickle, vague, driven by external political and financial forces, uninformed in their understanding of critical issues, micromanagers, egotistical and at times even dishonest in dealing with their key employee, the superintendent.

But the one thing that all the superintendents I knew and worked for realized was that they had to work with all the board members to be successful. Being able to do that is the truest test of a superintendent's leadership skills.