The former administrator has revitalized struggling school districts before, but he has never faced the massive financial burdens of Inglewood Unified. 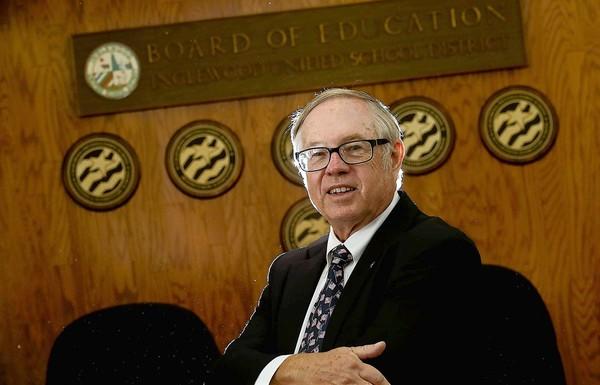 July 7, 2013, 5:26 p.m.  ::  In his 40-year career in education, Don Brann has led districts big and small, created a chain of charter schools and revitalized faltering school systems. But he has never come across a district in such dire straits as his next challenge — Inglewood Unified School District.

"I don't think anyone has," he said. "This is an extraordinary situation."

Last week Brann took the helm of the financially troubled school system — one that has been taken over by the state, must bridge a massive deficit and prepare to begin paying back a $55-million state loan, while also staving off plummeting enrollment.

The state Department of Education took control of the debt-saddled school district in September, infusing the district with $55 million in emergency loans. The months since have been tumultuous.

The district has depleted its reserves, burned through nearly half of the emergency funds and is operating at a $17.7-million deficit. Budget woes are worsened by the loss of funding for students who have been fleeing the district for nearby independently run charter schools.

State and local officials have said dramatic cuts must be made to keep the school district from closing. The teachers union has refused overtures from the state to return to the bargaining table. State officials are met with anger and distrust by the community.

Brann, who once succeeded in luring away students from the floundering Inglewood school district, now is in charge of engineering its recovery.

"I'm optimistic that we can right this ship and let the folks in Inglewood have their district back working in a way they can afford," he said.

Brann, 67, has crisscrossed the state working as a teacher, principal and superintendent over four decades. After his retirement five years ago, Brann founded Da Vinci Schools, a charter schools operator. He also served one term as an El Segundo City Councilman.

He most recently served as interim superintendent of the San Gabriel Unified School District.

His longest stint, and in his eyes his most successful, was 15 years as superintendent at nearby Wiseburn School District in Hawthorne.

When Brann arrived in 1993, the district's enrollment was plunging — two out of three students were leaving the district. Wiseburn had closed three of its six schools.

Brann decided to try to lure parents who commuted into the area — to work at the companies with headquarters in nearby El Segundo — by touting the district's proximity to their work, before- and after-school programs and small class sizes. He advertised in employee pay envelopes, visited community meetings and knocked on doors.

Enrollment began picking up through inter-district attendance permits, and eventually he was able to reopen a school, boost teacher salaries and create arts and music programs with the newfound funding.

His experience with publicly funded charter schools, which are criticized for poaching students from traditional schools, helped him understand what parents and students want in a school today, he said. With an abundance of options, parents want their children in a safe environment, with new facilities and a sense of stability — nearly all of which is lacking at Inglewood.

Inglewood has lost 28% of its students in seven years. "I got them to Da Vinci and Wiseburn," Brann said of some of those students.

The district must first stabilize enrollment and reestablish a safe environment for students, Brann said. Then, they must build off that, recruiting students from the city and "give them a reason to stay," he said.

Dennis Curtis, a longtime Wiseburn school board president member, said that Brann developed trusting relationships with teachers, parents and administrators. It was most apparent in the lack of strife between the district and the teachers union.

"Don could have the union members break ranks, sit down reasonably and work to compromise and do what was right for the school district — for the kids," he said, adding that the cooperation locally often irked state-level union officials.

"He can bring that to Inglewood and turn it around," he said. "He's never failed us in Wiseburn."

In Inglewood, Brann will face a teachers union that had declined to return to the bargaining table with state officials. Peter Somberg, president of the Inglewood Teachers Assn., has repeatedly said that further cuts to salaries and benefits are unsustainable.

The union maintains that an agreement reached by the first state monitor, Kent Taylor, is legitimate. Taylor, however, resigned after the state learned of the pact — which the state said he did not have the authority to reach. The state has said repeatedly that the contract is void; it would have kept current employee health benefits intact and limited the number of furlough days for employees over the next two school years. The union is challenging the state's decision.

Inglewood Unified will receive some relief by Gov. Jerry Brown's new school funding formula, which will provide more money to districts with high numbers of low-income and limited-English students. The $55-million emergency loan is also now financed by the state's general fund. That change reduces the amount of money the district must pay in interest by as much as $2 million a year.

Officials have previously laid out plans to reduce the deficit by about $6.6 million through other means. Those factors make Brann optimistic the cuts to teachers will not be as drastic as expected. "But are they going to escape without any other hits? No," he said.

With about 72% of district expenditures spent on employee salaries and benefits, cuts to those areas are a necessity, he said.

The process will be long, and for the first weeks of his tenure Brann plans on building relationships in Inglewood before getting to work.