Jun 3, 2015  ::  Now that the recent school board elections are over in the Los Angeles Unified School District, there will be the usual calls for a new beginning and getting down to the serious business of charting a bright future for the 600,000 or so deserving students that the board is privileged to serve. 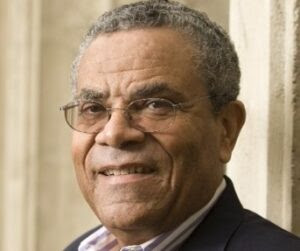 Such a view ignores the fact that LAUSD’s governance structure is fundamentally broken and needs to be replaced by smaller units of school governance that are much more capable of delivering educational change that better serves students and their parents. In addition to being nimble and flexible, smaller school districts are physically closer to the parents they serve, and can initiate change strategies in a much more timely fashion. For example, Long Beach Unified, Garden Grove Unified and ABC Unified are all known as urban districts that can move quickly to implement needed changes that parents care about.

Ten years ago, while a faculty member at the University of Southern California, I served as the federal court monitor for the Modified Consent Decree, the blueprint for improving services to students with disabilities in the behemoth district.

During moments of frustration with the district’s intransigence, I would sometimes say to the courageous disability advocate lawyers representing the plaintiffs that I had a tough time figuring out how students and their parents benefited from maintaining the district at its current size, and that breaking it up into smaller units would better serve students’ interests.

They would quickly counter: “Now, Carl, if you broke it up, you’d get a lot of Comptons or Inglewoods, which might be even worse than what you’re getting now.” And I’d came back with: “You might also get some Long Beaches, which would be a vast improvement over what these kids and parents are getting now.”

The argument for breakup becomes even stronger today when you consider the important equity promise of Gov. Jerry Brown’s remarkable LCFF/LCAP school funding reform initiative, which places even greater authority at the local level to get things right for kids. When Los Angeles Unified screws up, more than half a million California youngsters are denied a critical opportunity to get a decent education during their one shot at using education to alter their life chances.

The missteps of the district are legion – everything from expensive attorneys arguing for the district that a middle school student was mature enough to consent to have sex with a teacher to the billion-dollar iPAD and MiSiS technology debacles and school board elections where records have been broken for adult special-interest-group spending.

No single event better captures the failure of this system than the recent revelation that 75 percent of the current class of 2017 is not on target to meet the school board’s 2005 adopted policy requirement that all students must meet UC/CSU A-G college entrance requirements in order to receive a high school diploma. For urban school boards, there’s more to policymaking than adopting well-intentioned higher standards. An important part of the job is to make sure that staff develops timely implementation plans without waiting 10 years to check progress. No matter how much we adults may wish it so, not all youngsters need to go to college.

Urban school boards like Los Angeles need to first deliver on the basics before they start adopting high school graduation requirements that are higher than those in the Palos Verdes and Palo Alto school systems. Last October, you had students at Jefferson High School still walking the halls and in auditoriums without scheduled classes even though school had started back on Aug. 12. Even worse, you had a superintendent giving a deposition in court (Cruz v. California) that he was powerless to get these students scheduled in the right classes, and that he needed assistance from the State of California to get this basic responsibility done.

I often wonder how the Long Beach school community would react to school starting in August and high school kids still without classes in October. I know from experience that there would be a universal and collective sense of community outrage and betrayal that no school board or superintendent could survive.

The Los Angeles school system has fundamentally lost its way, and the notion that a couple of new faces on the board and a skillful interim superintendent, Ray Cortines, can improve it is a huge disservice to the youngsters and their parents who deserve much better.

A blue ribbon task force with representation from the more than 20 cities served by the current district might be the best way to go. In the past, the strongest argument against breakup was that you would end up with new racially segregated districts. Today’s demographics make that a weak argument. On the other hand, Gov. Brown’s belief that the rescue of urban kids will take place closer to schools, classrooms and families bolsters the case for this type of change.

Breaking it up won’t be easy, and I’m sure that Sacramento doesn’t have this on its “to do” list, but we who advocate for education change often frame the debate as those who are committed to the adult status quo against those who are really for the kids. This will be the ultimate test of where we stand.

Carl Cohn is Director of the Urban Leadership Program at Claremont Graduate University and until earlier this year was a member of the State Board of Education. He was formerly superintendent in Long Beach Unified and San Diego Unified.  He is co-chair of the  National Research Council’s Committee for the Five-Year Evaluation of the Washington D.C. Public Schools.  He is a member of the EdSource Board of Directors.

The opinions expressed in this commentary represent solely those of the author.

●●smf's 2¢ : Carl Cohn is not some $chool ®eform bombthrower or a Valley politician looking to make political points with his peeps by skewering LAUSD.  I will respond at length on Sunday in the 4LAKids newsletter. In the interim I will be reading his An Evaluation of the Public Schools of the District of Columbia: - Reform in a Changing Landscape (2015) ...How many different flavors of dysfunction can there be?

Mr. Cohn, how coy of you not to provide full credit to John Deasy for nearly all of the woes you enumerate above? The Broad Superintendents Academy “graduate” oversaw (read masterminded) MiSiS, iPads, and many more projects that left the district in disarray, nearly bankrupt, with little more than the ability to manage damage control rather than implement any of the forward looking projects you allude to. While some say that Deasy, and all of the Nonprofit Industrial Complex (NPIC) organizations that supported his abject tenure, were following the Andy Smarick roadmap for scuttling school districts (outlined in his “Wave of the Future” essay in the fringe-right EdNext journal), I would posit it sounds more like Broad’s meddling.