Foundation Leader Appointed Interim Chief of Chicago Schools (an educator – what a concept!)

November 16, 2010 2:06 PM  -- Terry Mazany, the president and the chief executive officer of the Chicago Community Trust, has been appointed by Mayor Richard M. Daley to be interim head of the 409,000-student Chicago district. He will be filling the position held by Ron Huberman, who announced earlier this month that he was leaving by Nov. 29. Huberman has been in the position for about two years.

Mazany will continue receiving his salary from the foundation while he serves as CEO of the school district. The city plans to pay him a nominal salary of $1 a year.

In contrast to New York Mayor Michael Bloomberg's appointment of publishing head Cathie Black as chancellor of New York Schools, Mazany comes to this position with some background in education. According to a press release from the community trust, Mazany was associate superintendent for curriculum and instruction for the Oakland Unified School District in California before joining the trust in 2001. He also worked for three years in the California School Leadership Academy, a state agency that trains state administrators and public school personnel.

At the community foundation, Mazany headed the organization's $50 million initiative to improve the quality of teaching and principal leadership in Chicago public schools.

Mazany said during a press conference announcing his selection that his tenure will also be brief: He said he has no interest in permanently leading the district, and the city will have a new mayor by May.

In a statement, Daley said that one of Mazany's primary reponsibilities will be to find a "chief education officer" who is responsible for developing and implementing education policy. He must also focus on maintaining safety and educational quality of the schools.

November 15, 2010 4:24 PM - After last week's surprise announcement that New York Schools Chancellor Joel I. Klein planned to step down by the end of the year, the first burst of news coverage centered around his legacy. 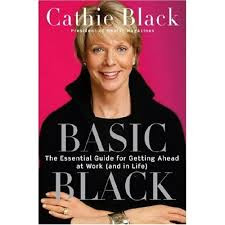 But soon after that conversation died down, attention turned to Mayor Michael Bloomberg's handpicked successor to Klein, publishing head Cathie Black. Here's what some players in New York and the education field are saying.

First, the mayor spoke at length about Black's qualifications during his November 12 radio show with host John Gambling. The conversation on the designated chancellor begins around 4:25. Here's an excerpt of the mayor's response to Gambling, who talked about commenters saying that Black is unqualified for the chancellor job:

This is an organization, an agency of the city, that deals with 1.1 million customers, that has 135,000 employees, has a budget of $23 billion a year. This is a management job. We have an enormously competent team of educational professionals that have been built up over the years. The real problem is, how do you take all this money, all these people and all the needs and get them all together?

...Cathie Black has all the experience necessary, and those couple people you quoted that said she doesn't have the educational experience, that's not what this job is all about. She'll have plenty of educational experts to lean on, to help her in formulating policy. The real issue is, does she have the character and the smarts and the courage to do what's right, and I think this is a woman that does.

Diane Ravitch, an education historian and blogger at edweek.org's Bridging Differences, reflects at length on Klein's tenure as chancellor, and adds this:

Like many New Yorkers, I am willing to give Ms. Black a chance. Although she is a trustee of Notre Dame and serves in an advisory role on the board of a charter school, she will have much to learn about her new responsibilities. One hopes for fresh thinking that goes far beyond the well-worn and not very successful formula of testing, accountability, and choice. She will soon take charge of the education of more than one million children. For their sakes, we must all wish her good luck.

Rudy Crew, a former New York City schools chancellor from 1995 to 1999, superintendent of Miami-Dade County Schools from 2004 to 2008, and now a professor at USC, wrote an essay for The New York Times website. An excerpt:

We're in danger of making the New York City public schools a plaything for the rich and famous. Perhaps the thinking is that directing schools is something you do when you're finished doing your real job; an avocation that starts with a love of learning and warm remembrances of being in school yourself.

I do not ascribe bad motivations to Mayor Bloomberg or his new appointee, Cathie Black, but their thinking is flawed if they honestly believe running a large urban school district is solely a matter of managing time, money, and people.

And finally, United Federation of Teachers president Michael Mulgrew, who offered a mild and noncommittal assessment of Ms. Black last week, didn't hold back at a parents' meeting held on Sunday, according to an article in the New York Daily News:

"It's my opinion that the mayor has abused his authority under the mayoral control law," United Federation of Teachers President Michael Mulgrew told more than 200 parents gathered for workshops on how to better navigate the school system.

"This is not about Ms. Black," Mulgrew said. "I do not believe that anyone thought the mayor would speak to no one, hide it, keep it a secret, not consult any educational experts and then name someone with no qualifications to be the chancellor of the New York City school system."

The article noted that the parents at the meeting applauded Mulgrew's words.