17 April 2015  ::  A top official from Pearson said Thursday that students would benefit if the Los Angeles Unified School District continued to use its curriculum on iPads and other computers.

The school district this week demanded a refund for the curriculum, which was part of a now-abandoned $1.3-billion effort to provide an iPad to every student, teacher and administrator in the nation’s second-largest school system.

Pearson, as a subcontractor to Apple, provided digital math and English course materials. 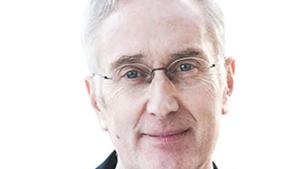 “First of all, I think it’s a brilliant product,” said Sir Michael Barber, the chief education advisor at Pearson. Barber called the Pearson system innovative and explicitly tied to new learning standards adopted by California and 42 other states.

“It’s got that emphasis on depth of learning as well as coverage,” he said. “You have to learn the ideas and then apply the ideas.”

The iPad effort in L.A. Unified faltered from the start. Currently, the FBI is investigating the bidding process and the SEC has launched an informal inquiry into whether the district complied with legal guidelines in the use of bond funds for the devices and curriculum.

Pearson offered only a partial curriculum during the first year of the license, which was permitted under the agreement.

The product has not caught on in L.A. Unified. Only two schools of 69 with the devices use Pearson regularly, according to an internal March report from project director Bernadette Lucas.

The report cited a litany of complaints, including content that could not be fully adapted for students with limited English skills, a large group in L.A. Unified. The district also claims the curriculum lacks important features such as online tests and data on how and when students are using it. Another problem has been getting access to the online curriculum quickly and consistently.

"Any given class typically experiences one problem or more daily,” Lucas wrote in the report. "Teachers report that the students enjoy the interactive content -- when it's available. When it's not, teachers and students try to roll with the interruptions to teaching and learning as best they can."

The district characterized Apple and Pearson as insufficiently responsive to these problems.

Barber acknowledged that there have been difficulties and said that Pearson, Apple and the district shared responsibility as partners in the effort. But he added that Pearson is willing to work through such issues, and that students would benefit if the district stayed the course.

With such sweeping change, "you’re going to have glitches. You’re going to run into challenges," he said. In the long run, he predicted, Pearson’s product could help "transform teaching and learning."

"Once you get used to using these materials," he said, students and teachers will find them "very engaging, very empowering."

He added that the company is committed to making its materials prove themselves.

“All of our products should be judged by their impact on learner outcomes, not just their financial outcomes,” he said.

School board member Steve Zimmer, for one, was not ready to reconsider the district’s refund demand.

“Very simply, it’s not good. It’s not easy to use,” he said of the Pearson product in a Thursday interview on KCRW. “Give the taxpayers their money back.”

"Looking forward to further work together for our youth in Los Angeles!" Deasy wrote to Marjorie Scardino, then Pearson's CEO, on Tuesday, May 22, 2012, after hearing an initial pitch over lunch.

"Dear John, It's I who should thank you," Scardino replied. "I really can't wait to work with you."  | http://bit.ly/1qgNKIl

Or quoting my favorite source, me: THEN, AT ABOUT 10:20 ON FRIDAY AM [Aug 22, 2014]  KPCC reporter Annie Gilbertson began reading some e-mails on the radio from folks at Pearson and LAUSD to each other – emails from a year before the iPads RFP was issued.

Reading emails on the radio. Who knew who entertaining that could be?

From Pearson CEO Dame Marjorie Scardino, DBE to LAUSD Superintendent John Deasy, PhD on May 22, 2012: “My mind was racing all weekend, and I was so impressed by your intelligent and committed and brave hold on the moving parts of the opportunity. I really can’t wait to work with you. I would love to think that we could together do this so well that in your Sunday visits to prisons you won’t see one person who has been educated in LAUSD; rather, you’ll be meeting them as teachers, as contractors, as bankers (well, maybe not bankers), as poets all round the city.”

The gush seems like pre-coital sexting. I didn’t know whether to turn up the radio or stay tuned for the bodice ripping and the “Ooh John…, Ooh Marjorie…” There must be special pages in the Kama Sutra for folks with honorifics after their names. | http://bit.ly/1tKo33m