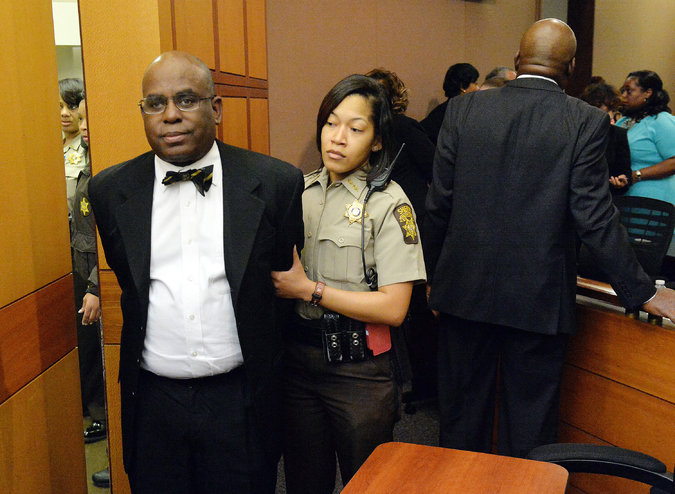 APRIL 1, 2015  ::  ATLANTA — In a major victory for prosecutors, a number of Atlanta educators were found guilty on Wednesday for their roles in public schools cheating scandal, bringing a close to a half-decade drama that tarnished a major school district’s reputation and raised questions nationwide about the wisdom of pushing educators to improve students’ standardized test scores.

On their eighth day of deliberations, the jurors convicted 11 of the 12 defendants of racketeering, a felony that could put them in prison for decades. Many of the defendants — a mixture of teachers, testing coordinators and administrators — were also convicted of lesser charges, such as making false statements.

Judge Jerry W. Baxter of the Fulton County Superior Court ordered most of the educators to be taken into custody immediately, and they were led from the courtroom in handcuffs. Judge Baxter, who presided over a trial that started with opening statements more than six months ago, will begin sentencing hearings next week. 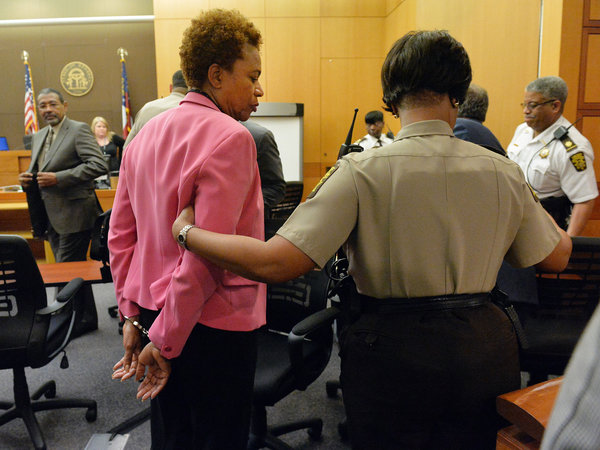 Defense lawyers emerged from the courthouse holding their clients’ personal effects, including purses, ties and scarves. One lawyer, George Lawson, who represented Michael Pitts, said the defendants were convicted primarily on the testimony of admitted liars and criminals — people who had already pleaded guilty.

The dozen educators who stood trial, including five teachers and a principal, were indicted in March 2013 after years of questions about how Atlanta students had substantially improved their scores on the Criterion-Referenced Competency Test, a standardized examination given throughout Georgia.

In 2009, The Atlanta Journal-Constitution started a series of articles that sowed suspicion about the veracity of the test scores, and Gov. Sonny Perdue ultimately ordered an investigation.

The findings, which were completed in June 2011, were unsparing: Investigators concluded that cheating had occurred in at least 44 of Atlanta’s schools and that the district had been troubled by “organized and systemic misconduct.” Nearly 180 employees, including 38 principals, were accused of wrongdoing.

The investigators wrote that cheating was commonplace in individual schools — at one, for instance, a principal wore gloves while she altered answer sheets — but they also said that the district’s top officials, including Superintendent Beverly L. Hall, bore some responsibility.

Investigators wrote in the report that Dr. Hall and her aides had “created a culture of fear, intimidation and retaliation” that had permitted “cheating — at all levels — to go unchecked for years.”

Officials said the cheating allowed employees to collect bonuses and helped improve the reputations of both Dr. Hall, a former administrator in New York City and New Jersey, and the perpetually troubled school district she had led since 1999. 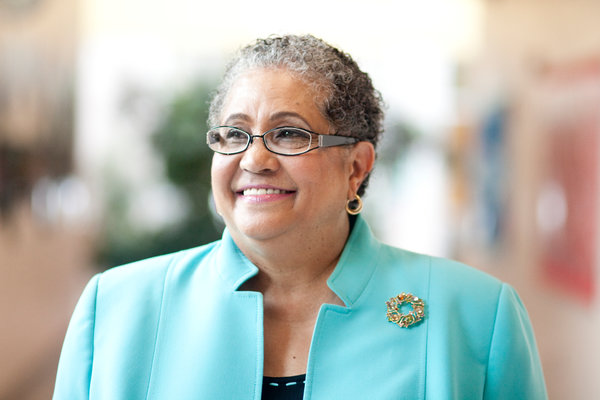 Dr. Hall, who died on March 2, insisted that she had done nothing wrong and that her approach to education, which emphasized data, was not to blame.

But in March 2013, a Fulton County grand jury accused Dr. Hall and 34 other district employees of being complicit in the cheating. The indictment accused them of racketeering and other crimes that together carried decades in prison.

Twenty-one of the educators reached plea agreements and detailed their transgressions before Judge Jerry W. Baxter of the Fulton County Superior Court in exchange for lesser punishments, including probation. (Two defendants, including Dr. Hall, died before they could stand trial.)

But 12 defendants chose to go before a jury, and opening statements began in late September. Testimony did not conclude until near the end of February, and jurors began their deliberations on March 19.

On the first of three days of closing arguments, defense lawyers complained that prosecutors had used witnesses who were not reliable. They also told jurors that the state wanted them to use an inappropriately broad interpretation of Georgia’s Racketeer Influenced and Corruption Organizations law, often referred to as a RICO statute.

“This case is garbage,” said Keith E. Adams, a lawyer for a former teacher at Dobbs Elementary School. “It’s a garbage case. It’s a RICO case that means nothing.”

But a prosecutor, Clinton K. Rucker, pleaded with jurors to convict the dozen educators seated across Courtroom 1C.

“We’re not saying these defendants are devils or Satan or anything like that,” he said. “They did a bad thing that affected a whole lot of people.”