“I’VE NEVER SEEN SUCH CHAOS IN THE DISTRICT; IT’S NEVER BEEN SO BAD”

from the AALA UPDATE FOR THE WEEK OF OCTOBER 21 | http://bit.ly/1fIDJjz

“…I have never seen such chaos in the District…Dr. Deasy and his senior management team need to rethink their roles and be more supportive of principals. Principals are being worked to death with no consideration from top management. I don’t think the Board, and the public in general, realizes what we face every day. It’s never been so bad.”  - The AALA Editorialist, below

smf: Excuse my grammar, but it ain’t just the principals!

It’s classroom teachers and office staff and nurses and librarians and custodians and groundskeepers. It’s M+O workers and  functionaries in cubicles and senior staff in corner offices. And it’s parents and students - because we see the impact of low morale caused by cuts and more cuts caused by hard times – compounded daily by fear and disrespect caused by poor priority-setting and bad policy promulgated  by myopic tunnel-visionary leadership who are great at talking-the-talk …and then just walk away.

I’m afraid itisn’t that these folk don’t know what they’re doing – they know it all too well. The sociopathology of the True Believer is like that.

It’s obvious that throwing open the window and shouting that we’re mad as hell and we’re not going to take it any more isn’t enough. We need to stay mad-as-hell and continue not taking it until it stops.

And when we change the pilot and the course we need to keep an eye on the new leadership and the new direction …and on the weather ahead. 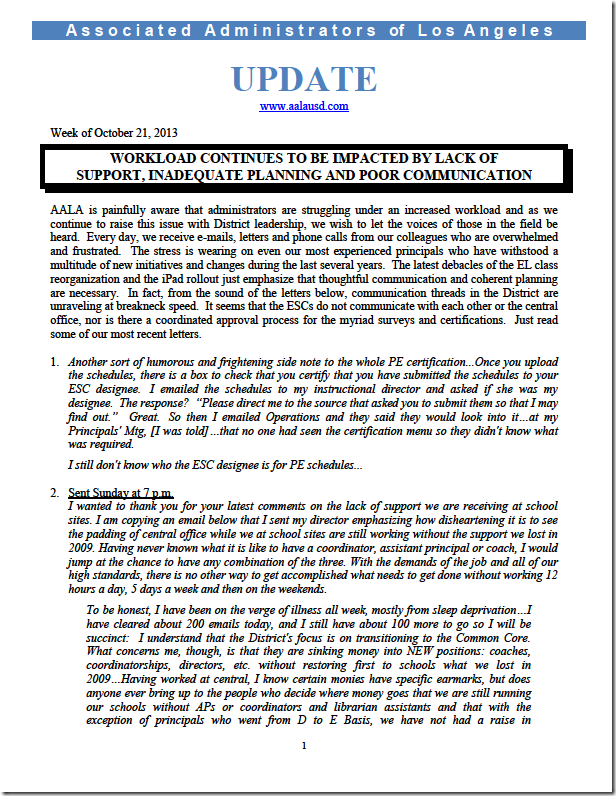 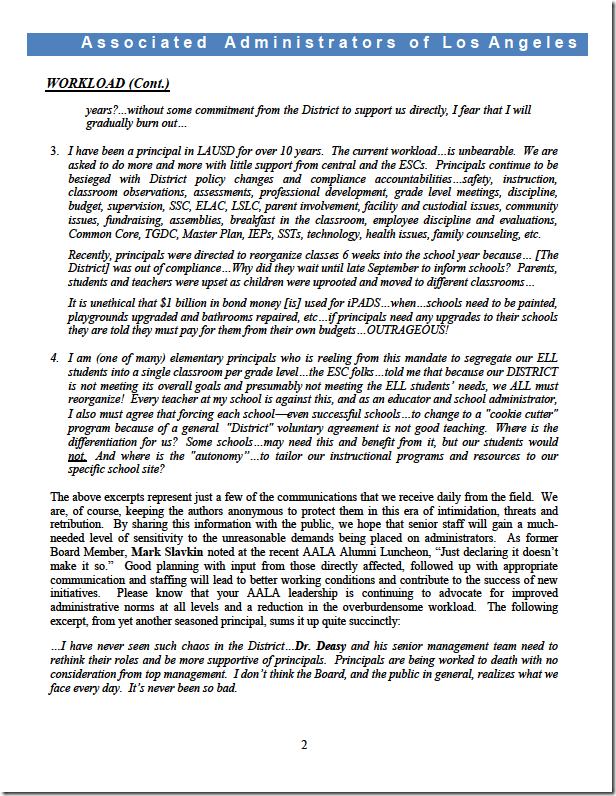 The Associated Administrators of Los Angeles (AALA)is a Union, and as such, must proactively defend the rights and protections of its membership in matters of working conditions, contract maintenance, salary, and health benefits. It is fine for AALA to let the public know what administrators are feeling, but AALA like UTLA, must start to mobilize and use PERB and the courts to fight back.