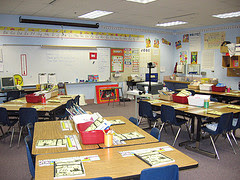 September 7, 2010 | For many Los Angeles schools, the start of the school year has been pushed back, leaving teachers and administrators worried about the effects it will have on students' education.

Tuesday after Labor Day usually marks the start of the new academic calendar for students of the Los Angeles Unified School District, but furloughs and major budget cuts have resulted in a shorter school year. September 13th will mark the date for many institutions.

Even though many schools will be starting on the designated date of September 13th, many public school officials have decided to start the year earlier so students have more instructional days to further prepare them for the yearly state standardized tests that take place in May.

LAUSD, the second largest school district in the nation, is currently facing a budget deficit of $640 million. For the last couple of years, LAUSD has faced major budget cuts due to the county’s major $485 million budget deficit.

Because of the budget problems, unions representing teachers have agreed on five unpaid furlough days this year and seven next year. This new budget is said to save up to about $180 million. The extra furlough days will result in a longer Thanksgiving holiday for many of the institutions.

Earlier this year, the Los Angeles Unified School District made a $9 million cut to school bus services that will be effective this year. Thousands of students in the district will have to find other means of transportation to and from school, as the cuts will result in fewer stops and the elimination of many routes.

Mark Gibson, a student at Westchester High School, is upset over having to use public transportation every day since it will increase his commute any where from 20 minutes to an hour. Many also feel that this cut will affect school attendance and student performance.

The district has also faced major layoffs and cutbacks. There will be about $1.6 billion in cuts over the next three years.